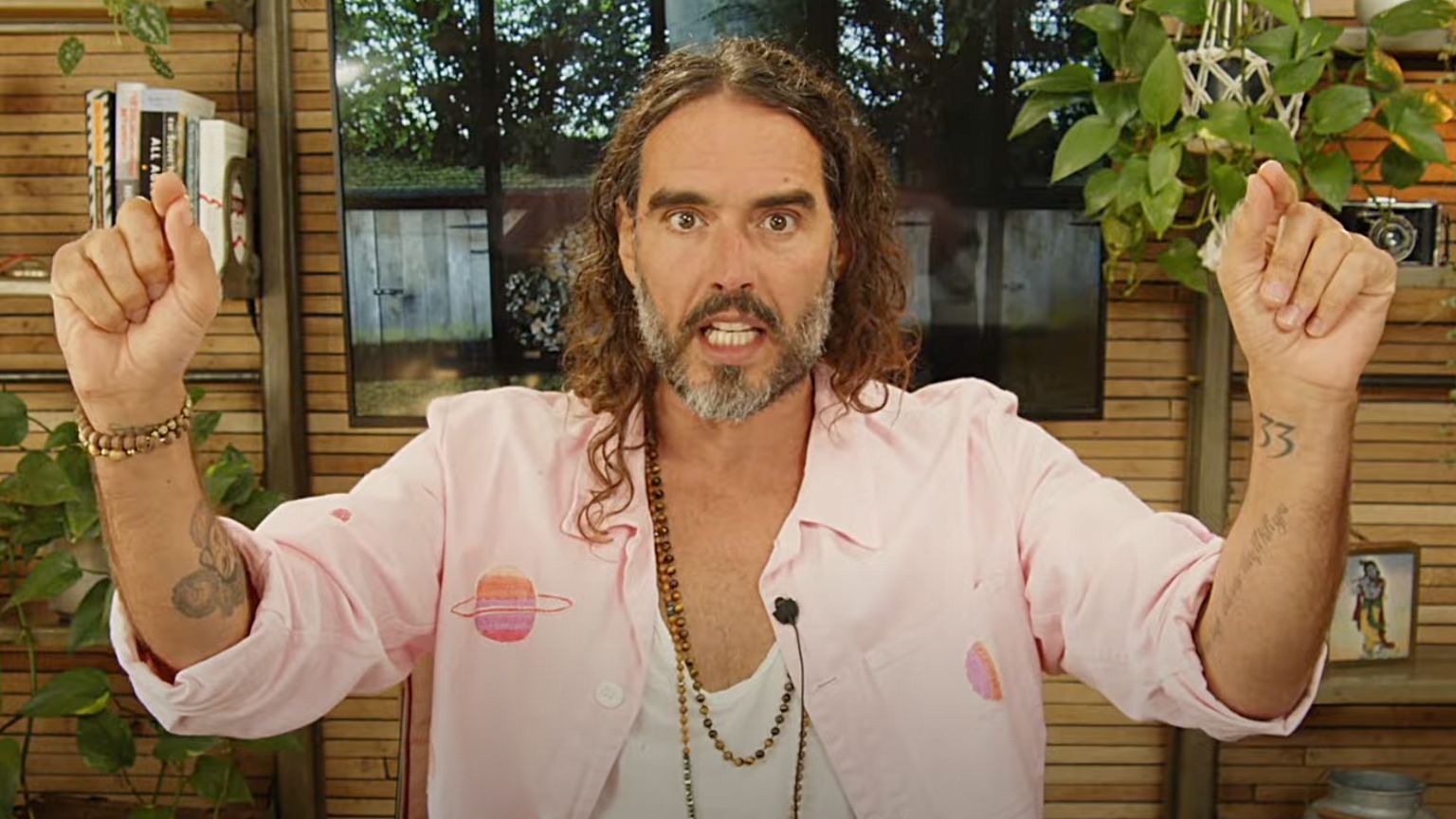 Award-winning British Comedian and commentator Russell Brand announced that YouTube had censored a video he posted for misinformation. The comedian is airing a new show exclusively on YouTube alternative Rumble today, September 28.

Brand acknowledged that he made slightly inaccurate statements in the video but questioned why mainstream media organizations are not censored for making similar mistakes.

“Earlier this month we did a video about the changing narratives around Covid, the pandemic, and Covid treatments in which we cited information on official government websites, which we misinterpreted,” Brand said.

“I’ll have to be careful talking about it now, I don’t want to make the same mistake that’s had one of your videos pulled down and an official warning issued.

At the beginning of the video, Brand said: “We have been officially censored by YouTube. They have pulled down one of our videos for misinformation. But why are Big Media organizations not censored for misinformation in the same way? Is it because YouTube are part of the mainstream media now?”

Brand said he has removed the original video as well as the apology from YouTube, and posted them on Rumble, adding that he is joining Rumble because they’re not going to censor.

Brand has moved his channel to Rumble, where his new show “Stay Free with Russell Brand” will air exclusively. Other videos will also be posted on Rumble before they are available on YouTube.

“I believe we’re at a point of crisis and things need to radically change fast, and I believe we’ll be able to communicate our message more freely on Rumble,” he said. “And this misinformation strike and take-down demonstrates exactly what it is we’re talking about. We made an error, in my opinion, a relatively small error, and we’re being penalized for it. That looks like censorship.”