A popular Argentinian Catholic writer and intellectual has been banned from Instagram a second time. His ban from Instagram underscores Big Tech’s suppression of voices and content with which they don’t agree.

Agustín Laje, a writer and political commentator, took to Twitter to announce his ban from Instagram. He said he was banned “without any reason and without any explanation.” 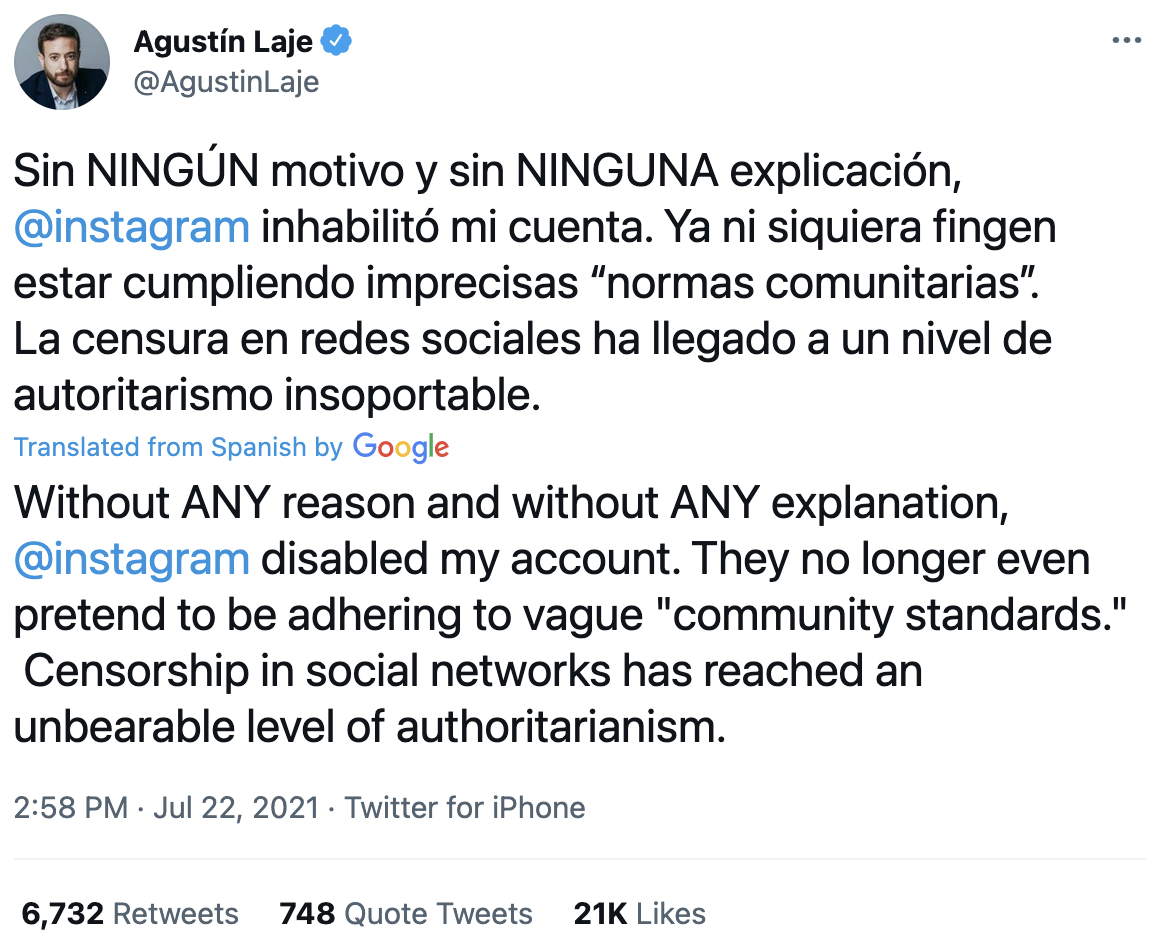 The writer added: “They no longer even pretend to be adhering to vague ‘community standards.’ Censorship on social networks has reached an unbearable level of authoritarianism.”

According to Catholic Connect, an organization that shares Catholic-related content targeted at young adults, this was the second time Instagram banned Laje. “His most recent account on Instagram had over half a million followers before it was banned again,” Catholic Connect wrote on Twitter. 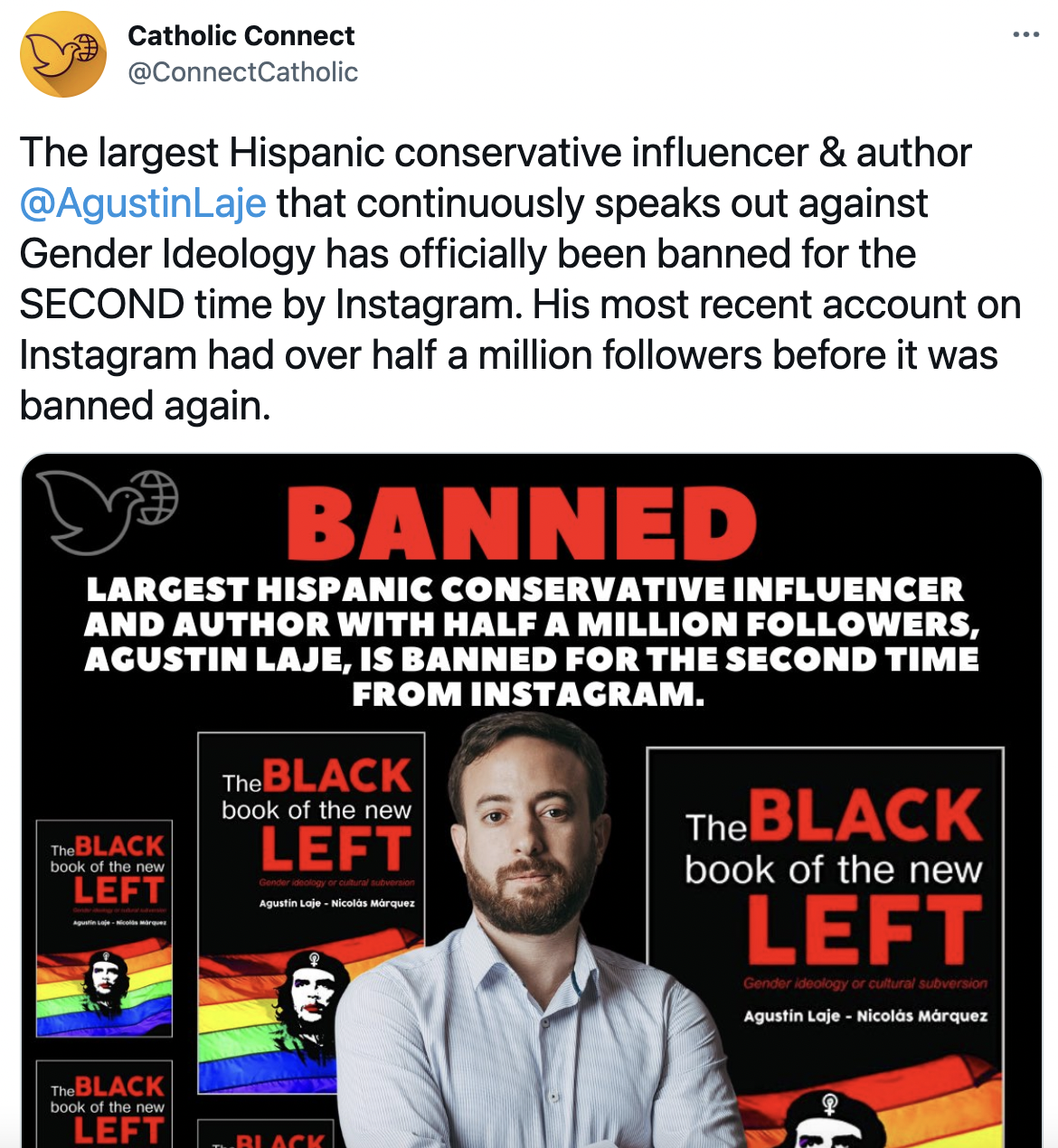 Catholic connect described Laje as “the largest Hispanic conservative influencer & author,” noting that his book, titled The Black book of the new Left, is “foundational in alerting the Spanish speaking world about the tyrannical anti-west nature of critical theory, post Marxism, feminist and gender ideology.”

The book was banned by Amazon.