Anne Ziegenhorn, who is one of the admins of the “I’m a Florida Trump Girl” Facebook page, planned to be accompanied by more than 60 Trump supporters for protesting in the capital this Wednesday.

Ziegenhorn, in order to fund the travel to DC, started a fundraiser on Facebook, which she later was forced to take down as it had apparently violated the big tech platform’s policies.

She says that the fundraiser in itself wasn’t really a violation of any policy because she merely created it for raising money to travel. Ziegenhorn suspects that Facebook may have taken down the fundraiser solely based on the name itself, which happened to be “Panhandle to DC.” 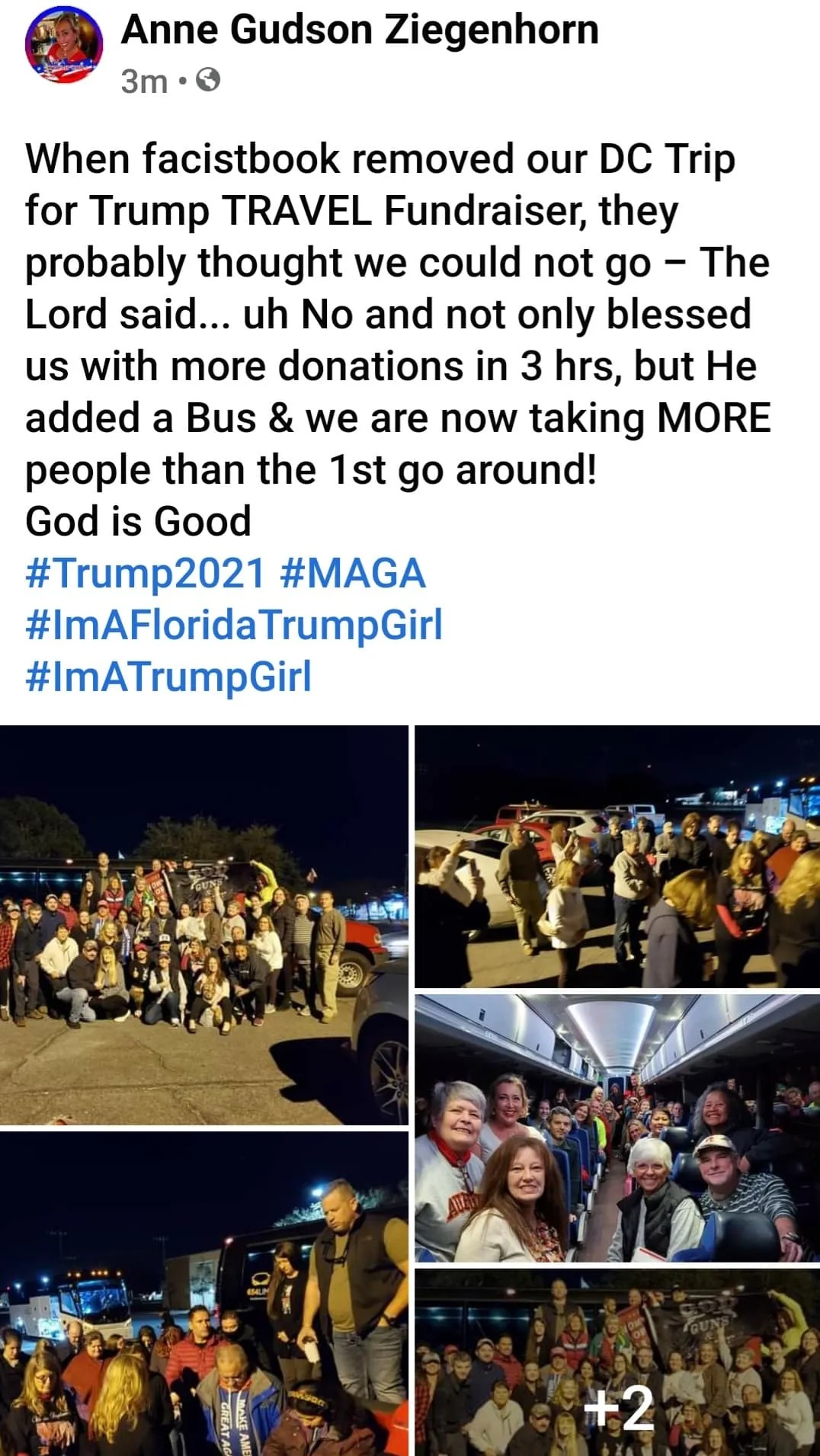 Although Facebook took down the fundraiser and refunded the donations which were to the tune of $3500, enthusiastic donors reached out in other mediums and helped Zeigenhorn’s group to travel to DC.

“Then we have people who donated who said they got the notice that Facebook will be refunding their money but it will take a few days to get the money, they’re sending it in anyways. People who didn’t donate are donating to us. A nonprofit organization just offered to pay us back what Facebook refused to let us have,” said Ziegenhorn.

Debbie Gunnoe, a veteran traveling with Ziegenhorn’s group to DC, said that Facebook was “far beyond biased” and had pulled the plug on the fundraiser just an evening before their departure. She also said that they were protesting just not to express their support for Trump, but for the future of America as well.

“This isn’t for just President Trump,” Gunnoe said. “This is for the future of this country. It’s for our Constitution and God-gifted liberties. Without them, we fall to an oligarch of globalists,” said Gunnoe.