Facebook temporarily deleted the verified account of journalist, filmmaker, and Editor-in-Chief of News2Share, Ford Fischer, for an entire day as he was providing invaluable and impartial on-the-ground reporting of the protests in Louisville, Kentucky.

Fischer tweeted that the account was suddenly deleted without warning after he had finished live streaming protests which were attended by various armed groups on Saturday. 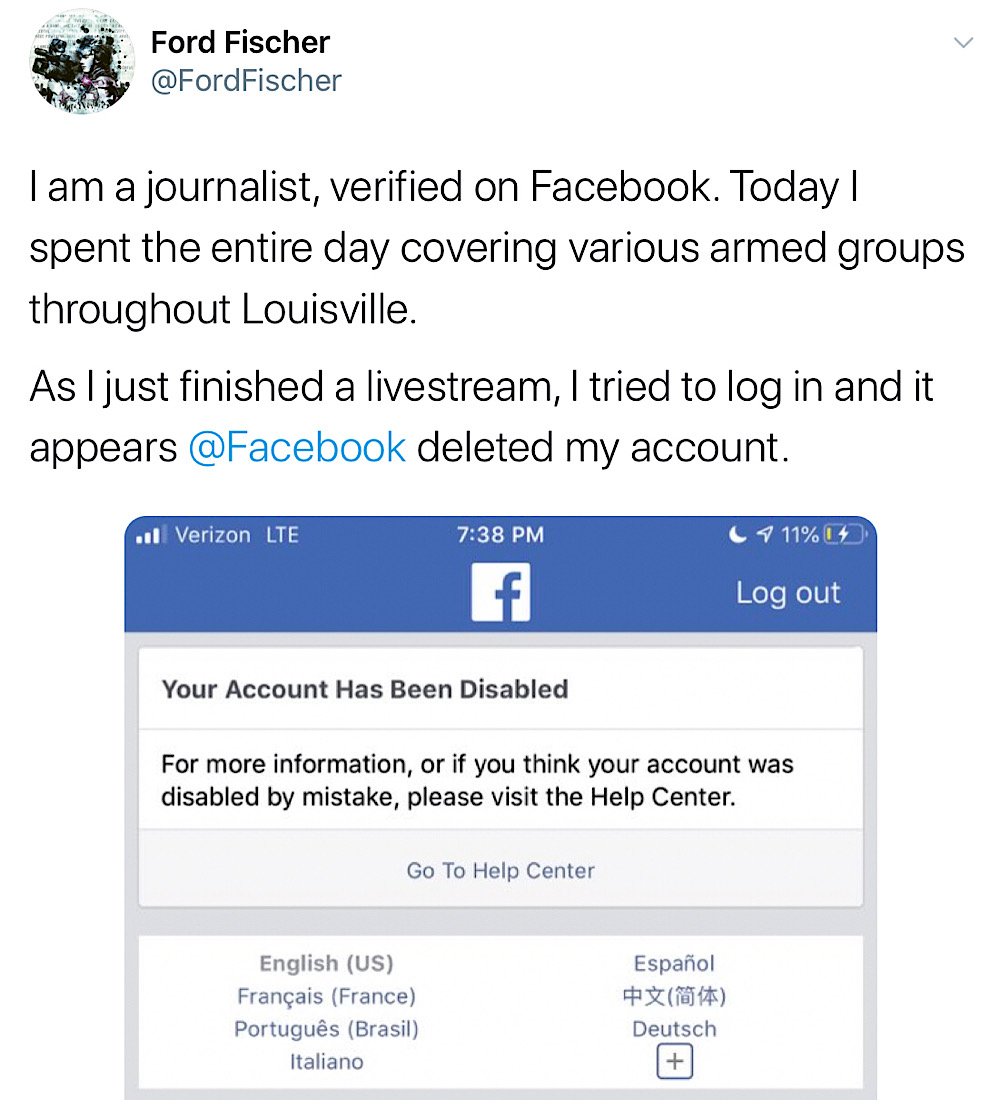 A day later, less than 30 minutes after Reclaim The Net asked Facebook for comment on the issue, the account was reinstated, with Fischer tweeting that the reinstatement came “without any sort of notification.” 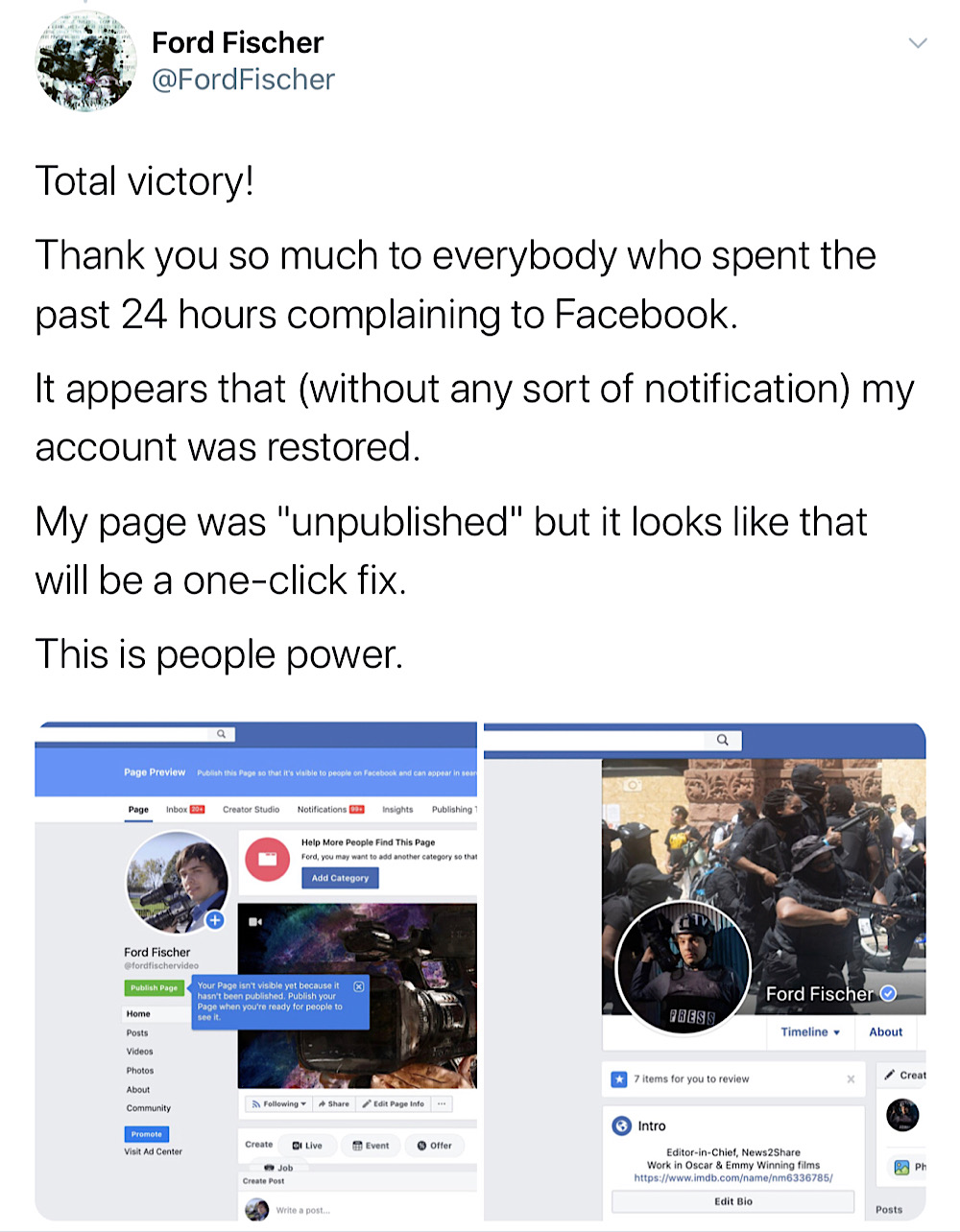 Fischer added that Facebook didn’t tell him why the account had been deleted but he presumes that Facebook’s automated systems mistook one of his Facebook posts about gun violence as him “somehow endorsing or participating in it.” Facebook is yet to comment on the issue. 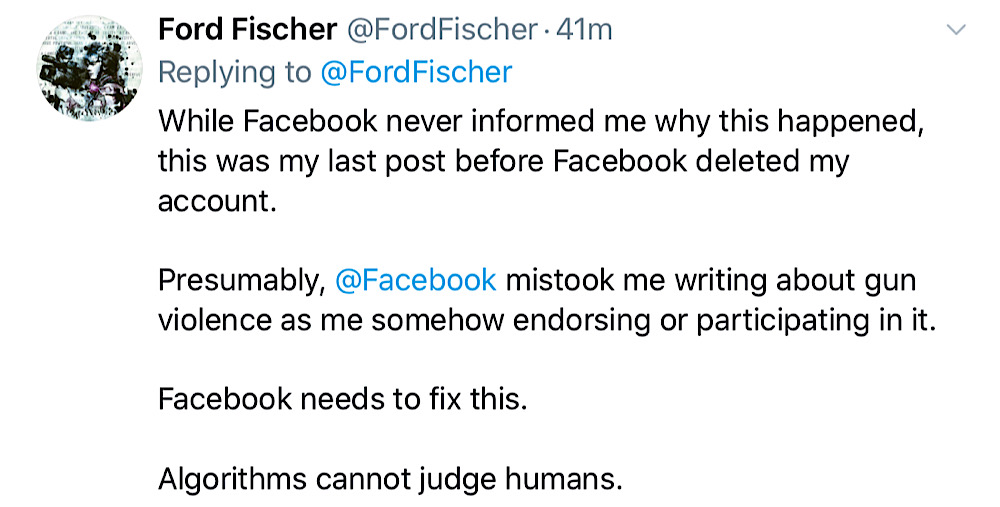 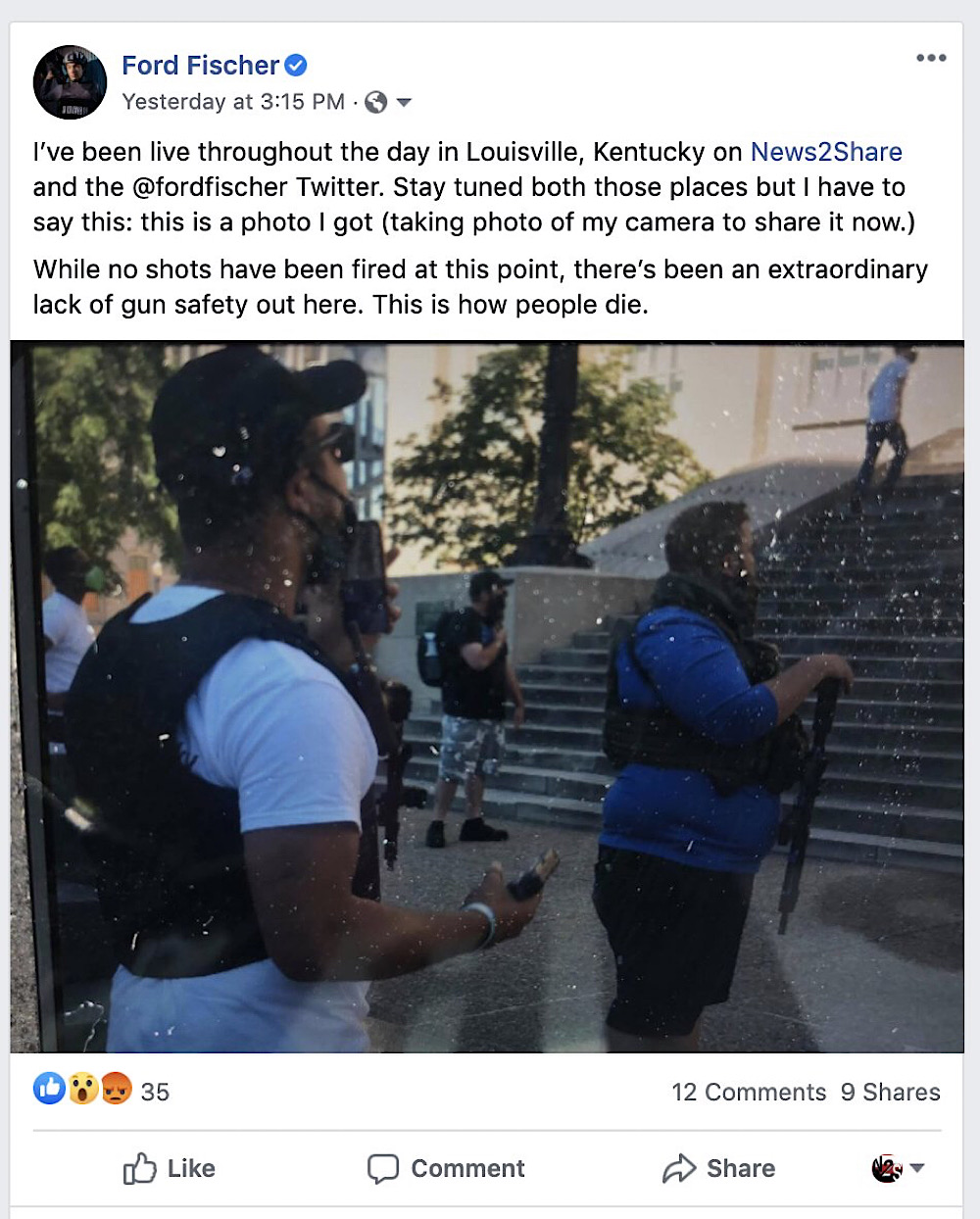 The temporary deletion prevented Fischer from live streaming and uploading to Facebook for a whole day.

It also highlighted how Facebook’s automated censorship systems have the power to suddenly purge accounts that independent journalists and other creators rely on for both their livelihood and as a communication tool.

While his Facebook account was disabled, Fischer noted that Facebook monetization makes up a bulk of his monthly income and that he uses the platform to communicate with family and friends.

This isn’t the first time Fischer and his work have been impacted by tech giants.

Fischer eventually managed to get his channel monetization restored in January 2020 but it served as another reminder of how independent journalists are often unintentionally impacted when Big Tech companies introduce new censorship rules.