Skip to content
Latest Bullshit
If ‘Facebook is Private’ Why are They Feeding Private Messages of Its Users Directly to the FBI?
Home security technician admits hacking customers’ security cameras
Recommended Reading: What went wrong with Cyberpunk 2077?
Big Brother meets Big Tech: Memo reveals military spies can just BUY personal data with tax money – no need for warrant
Ford finally recalls three MILLION cars as part of biggest auto recall in U.S. history over deadly airbags that have killed 27 people including 17-year-old who was hit in throat by shards of metal
Facebook inexplicably logs out iPhone users
Aussies Paying $140,000 for Internet, Phones, Streaming Over Lifetime
Facebook, Amazon spent record amounts on lobbying in 2020
How and why I stopped buying new laptops
Google Threatens to Remove Search Engine in Australia Over Proposed Law

Byrne was banned from Twitter on Tuesday. The social media company is yet to explain why it removed Byrne but over the past few months, he has made several allegations of election fraud. 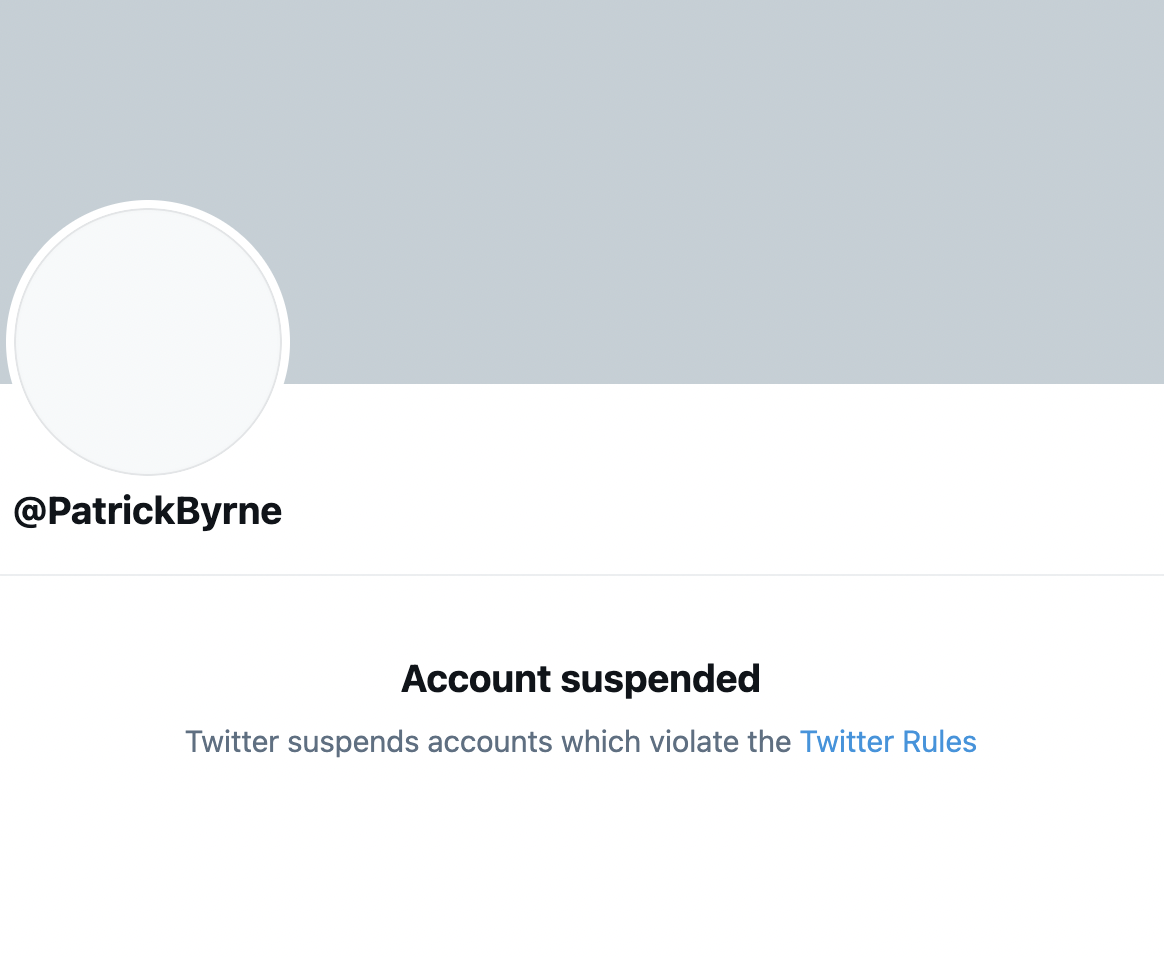 In an interview with The Rubin Report, on getting banned from Twitter Byrne said that “all the best people are.” He also said he’s spent the last few days teasing Twitter CEO Jack Dorsey and quoting John Stuart Mill, “He who knows only his own side of the case knows little of that.”

In an interview on Tuesday, Byrne said the country was experiencing a “Communist Party takeover” – which Twitter may see as reason enough to remove Byrne after its stricter rules over the last week.

As CEO of Overstock, the furniture seller became the first retail company with more than $1 billion in annual sales to accept crypto as a payment option. He also helped create Medici Ventures, a blockchain initiative behind several crypto projects, such as the digital securities trading platform tZero.

Byrne was a crypto enthusiast and one of the early adopters of Bitcoin.

However, over the last two months, a period in which Bitcoin and other crypto experienced significant growth, Byrne has been skeptical of the Presidential election results, and alleging election interference.

In the interview with The Rubin Report, it was disclosed that Byrne is a new investor in Locals.com, a community platform for independent creators that is somewhat of an antidote to Big Tech control.