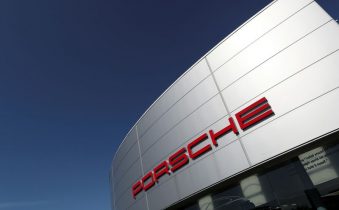 Porsche had confirmed a newspaper report on Sunday that it had informed the authorities after internal investigations uncovered suspected irregularities.

German prosecutors fined Porsche 535 million euros ($632 million) last year for lapses that allowed the company to cheat diesel emissions tests, but manipulation has not yet been proven for petrol engines.

A Porsche spokesman on Sunday said the issues relate to vehicles developed several years ago, adding there were no indications that current production was affected. The carmaker is working closely with authorities, he added.

Bild am Sonntag weekly had reported that the investigation was focused on engines developed between 2008 and 2013, including those of the Panamera and 911 models, with suspected illegal changes to hardware and software that could affect exhaust systems and engine components.

The paper also said that apart from discussions with employees, evidence was also being sought in the minutes of company meetings and hundreds of thousands of emails.