The relentless and deteriorating nature of censorship deployed by Big Tech on their social media platforms comes hand in hand with non-transparency around their own rules, and sometimes seems to make little sense even in the context of those.

That would, and does, create frustration and confusion, but doesn’t mean that users who are adversely affected by these censorship decisions abandon the platforms in indignation – or at the very least, they should not criticize those who decide to stay despite what’s perceived by many as unfair treatment that undermines not only individual freedoms, but also society as a whole.

At least that’s the stance taken by AmmoLand, a site that bills itself as the leading source on firearms, shooting, hunting, and conservation community, whose authors say, referring to social media giants, “We are here. They should have to deal with us.”

The write-up seems to come in response to the site’s audiences expressing their “anti-social media” views, in other words, pushing for abandonment of those platforms where freedom of speech is violated in sustained and egregious ways.

That’s not to say that the author is blind to the reality of the situation, quoting a number of incidents where people received temporary bans for posting seemingly innocuous messages and hashtags, which, even if they weren’t in particularly good taste, didn’t violate the platforms’ stated rules – least of all around threats of violence and similar.

Then there’s the phenomenon of allowing posts to stay up but blurring the thumbnails and slapping a “sensitive warning” label on them. This is probably the most obvious way in which giant social networks try to suppress content while understanding full well that they have no grounds to remove it. If anything, the argument goes, it makes users more curious to see “sensitive content” that’s only a click away. 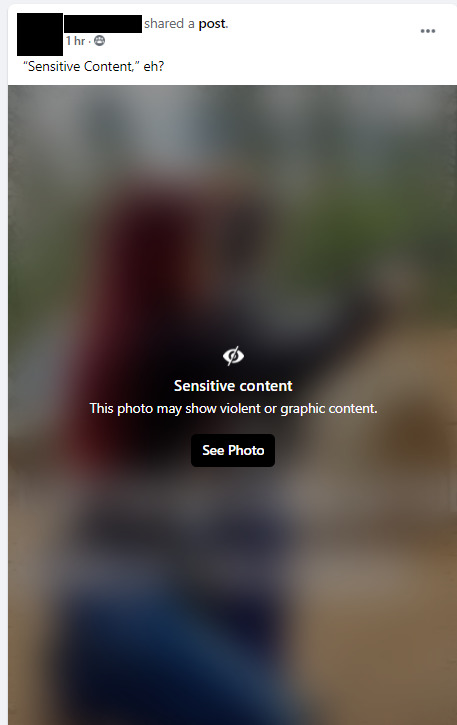 One example quoted is a picture of a woman instructing a child on how to handle a weapon, with the message, “Now this is gun control” superimposed on it. As the article’s author points out, in the past, similar imagery was common in ads published by print magazines.

“Somehow the ministry of truth at this social media service decided that youth being guided and instructed on safe gun handling is ‘sensitive content,’ AmmoLand wrote.

“I’m not sure when ‘enough is going to be enough’ with what big tech is allowed to get away with, but ‘c’mon man’, there is nothing sensitive about this post. Was it tagged as such because of the caption? Once upon a time pictures like the censored one were commonplace in magazine advertisements. Once upon a time gun ownership was not stigmatized, and now’s the perfect time to return that narrative to its rightful status – normal.”