It’s highly unlikely that Twitter will itself be in hot water or amid a storm of criticism for allowing Donald Trump to freely express himself now – as had been the case before and after the 2016 US presidential election.

This time around, Election Integrity Partnership (EIP) analysis is depicting an effective creeping censorship on the social media platform, put in place before and during election night, that managed to cripple Trump’s engagement statistics.

According to EIP’s data, Twitter’s move to label as misleading or disputed a number of Trump’s posts meant that the previous rate of shares or replies to his tweets that would reach 827 times per minute was reduced to only 151 times per minute. 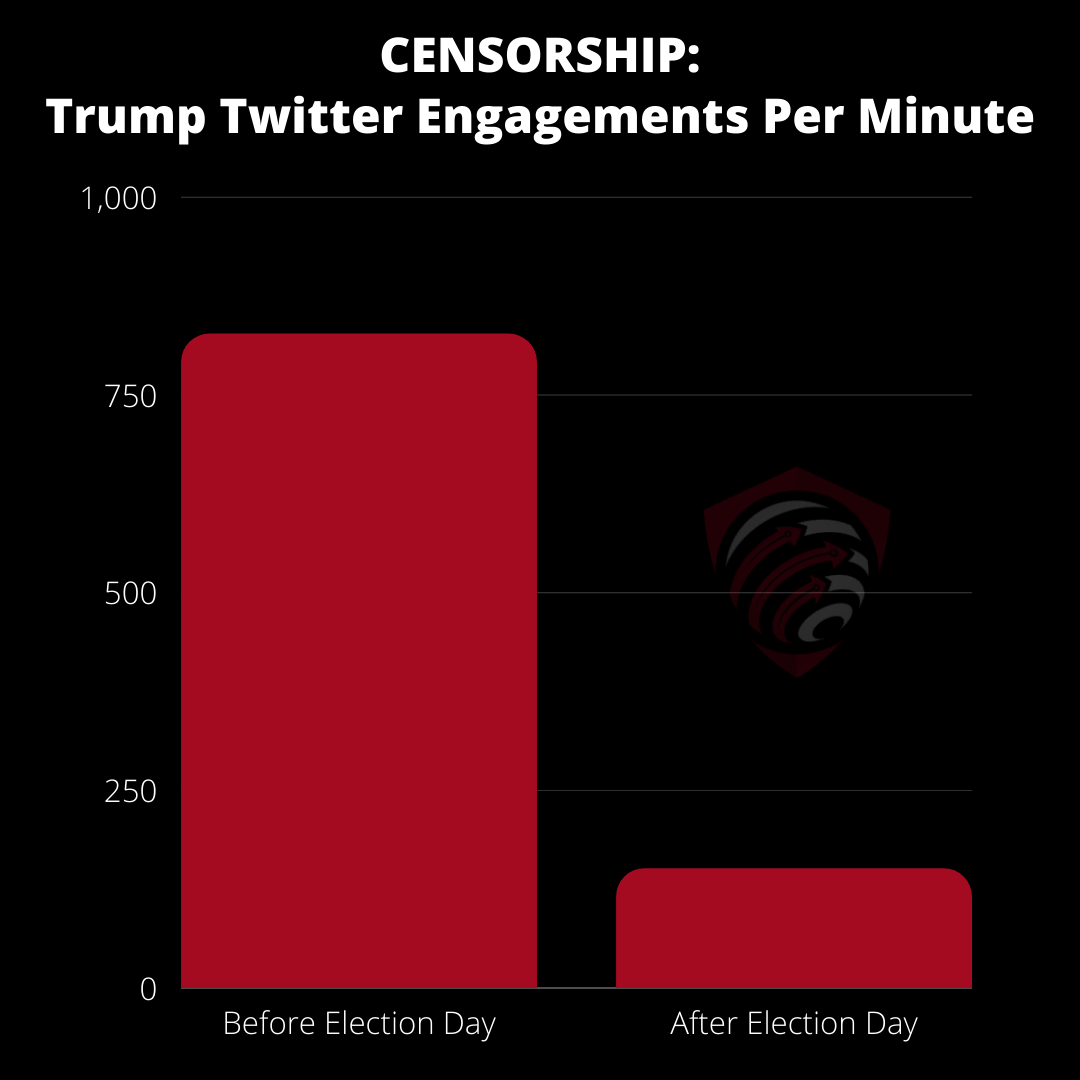 Some of the tweets that were censored and discredited by way of placing labels on them, but also by disabling other users’ ability to share, favorite, or retweet them had to do with the Supreme Court’ decision regarding the vote in Pennsylvania which Trump said was dangerous and would allow widespread election fraud, that might lead to street violence. Twitter’s choice of labels for this was, “misleading,” and “disputed.”

Only the last one, if consistently apply, would probably wipe out most tweets ever posted on the platform – but this was of no interest to the social media company, or outfits like EIP and Alethea Group who now want to see “split-second” decision being made, apparently regardless of possible pitfalls of such haste producing unfair results – all in the name of cutting engagement of officials they oppose a much as possible.

In concrete numbers, half of Trump’s 22 posts published on Twitter and Facebook on election night, that did not contain videos and were not reposts, had been censored by means of flagging. 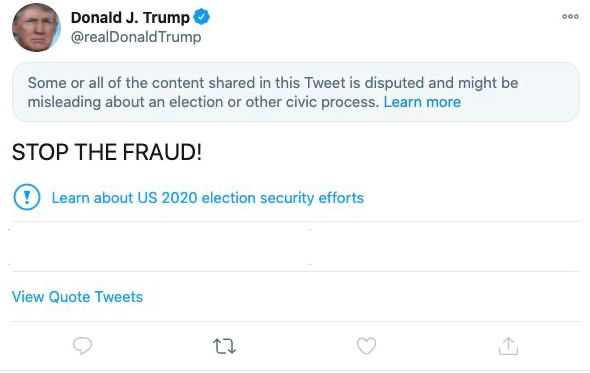 Early claims of victory and of an irregular election (all yet to be determined whether false or true) were put in the same bag and labeled as misleading on Twitter – but Facebook, while applying labels, refrained from qualifying Trump’s posts, saying only that “final votes may different from the initial vote counts” – and unlike Twitter, allowed these messages to be shared and commented on.