The Internet Society claims that the UK’s controversial Online Safety Bill will expose Britons to more harm on the internet. Additionally, data from other countries show that surveillance is rarely used to target child abusers, despite child exploitation being used as the reason for ending end-to-end encryption.

Earlier this month, reports revealed that the government was launching a campaign against end-to-end encryption, a technology used in instant messaging apps like WhatsApp, iMessage, and Signal.

According to the internet society, removing such encryption will result in the increase of “fraud and online harm.”

The government has touted the Online Safety Bill as legislation that will “harness the benefits of a free, open, and secure internet.”

Campaigners against end-to-end-encryption have argued that it will turn the internet into a “pedophiles paradise.” Yet, in reality, governments are not really interested in surveilling child abusers; they are more interested in drug dealers.

Earlier this week, Tutanota, an encrypted email provider based in Germany, published research suggesting that most surveillance requests filed target drug offenders. In the US, for example, 80% of wire-tapping orders were for crimes related to drugs. 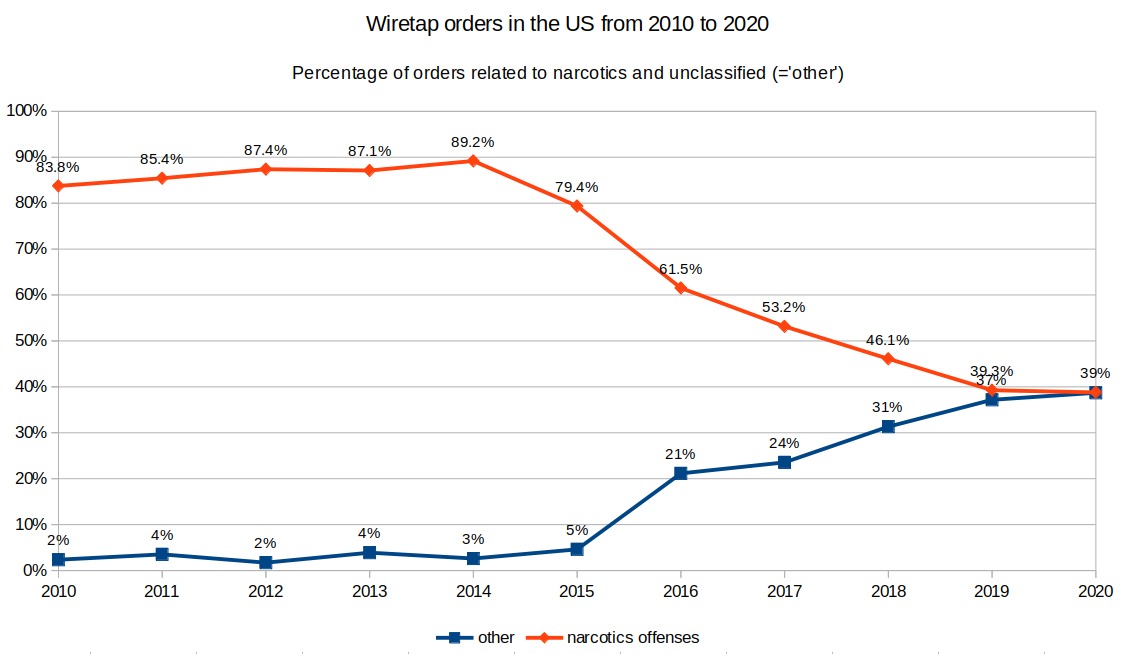 “In recent years, child sexual abuse and child pornography have played only a marginal role in telecommunications surveillance in practice,” Tutanota wrote in a blog post.