Former baseball star Aubrey Huff has been suspended on Twitter. The 44-year-old blamed the suspension on “liberal Karens.”

Huff wrote: “It finally happened! The beta cucks and liberal Karen’s over @twitter hate when people speak the truth or make money if (sic) their liberal platforms!” 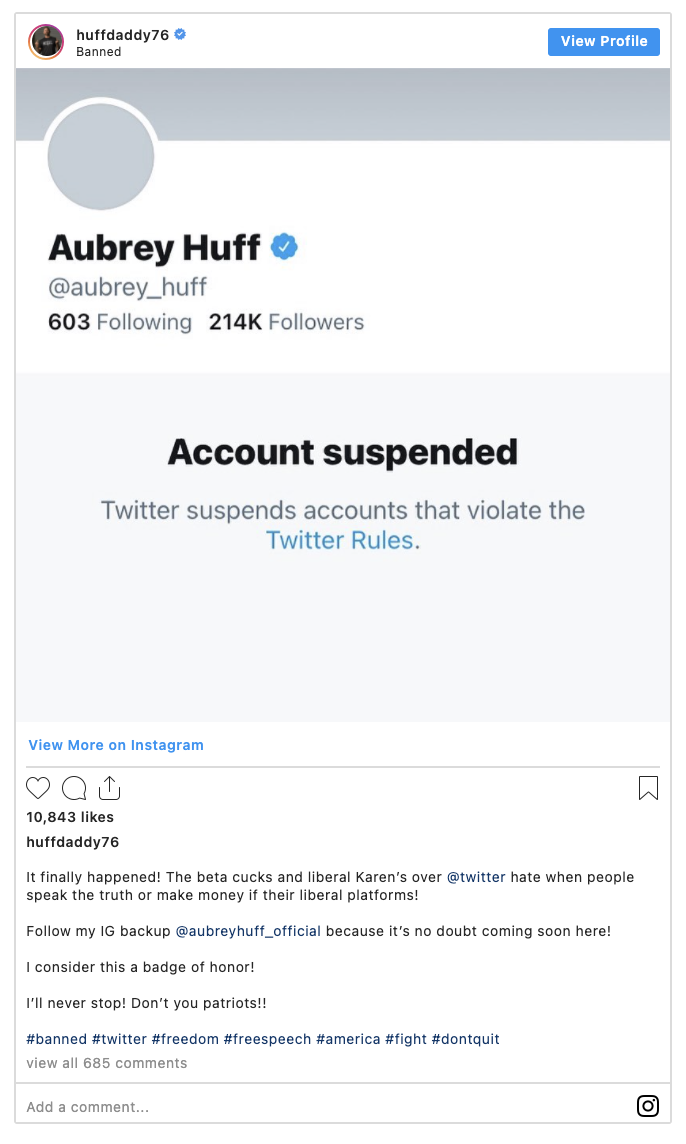 “I consider this a badge of honor!

Though it’s not clear why he was suspended, Huff has previously posted tweets that set Twitter aflame. In June, he posted that he would prefer to “die of coronavirus than wear a mask or live in fear,” causing some Twitter users to call for him to be censored.

That same month, after finding out that Bruce Springsteen demanded vaccine passports before he would perform on Broadway, he tweeted: “Makes songs about being born in the USA. Doesn’t believe in freedom. What a pussy!”