Twitter has permanently banned Eric Spracklen, the Chief of Staff for investigative reporting outlet Project Veritas, from its platform for violating its rules on “ban evasion,” less than 24 hours after Project Veritas released a bombshell report on Director of the National Institute of Allergy and Infectious Diseases (NIAID) Dr. Anthony Fauci. 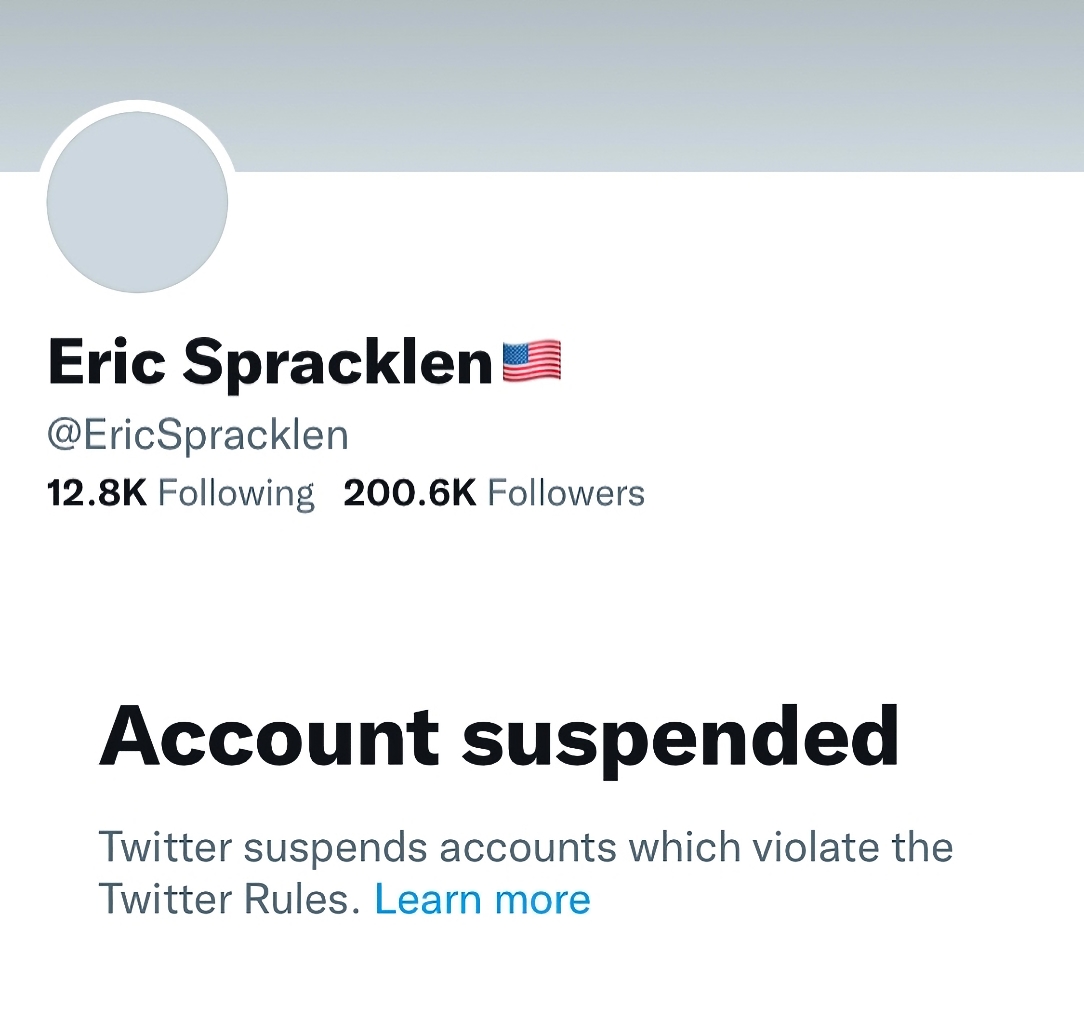 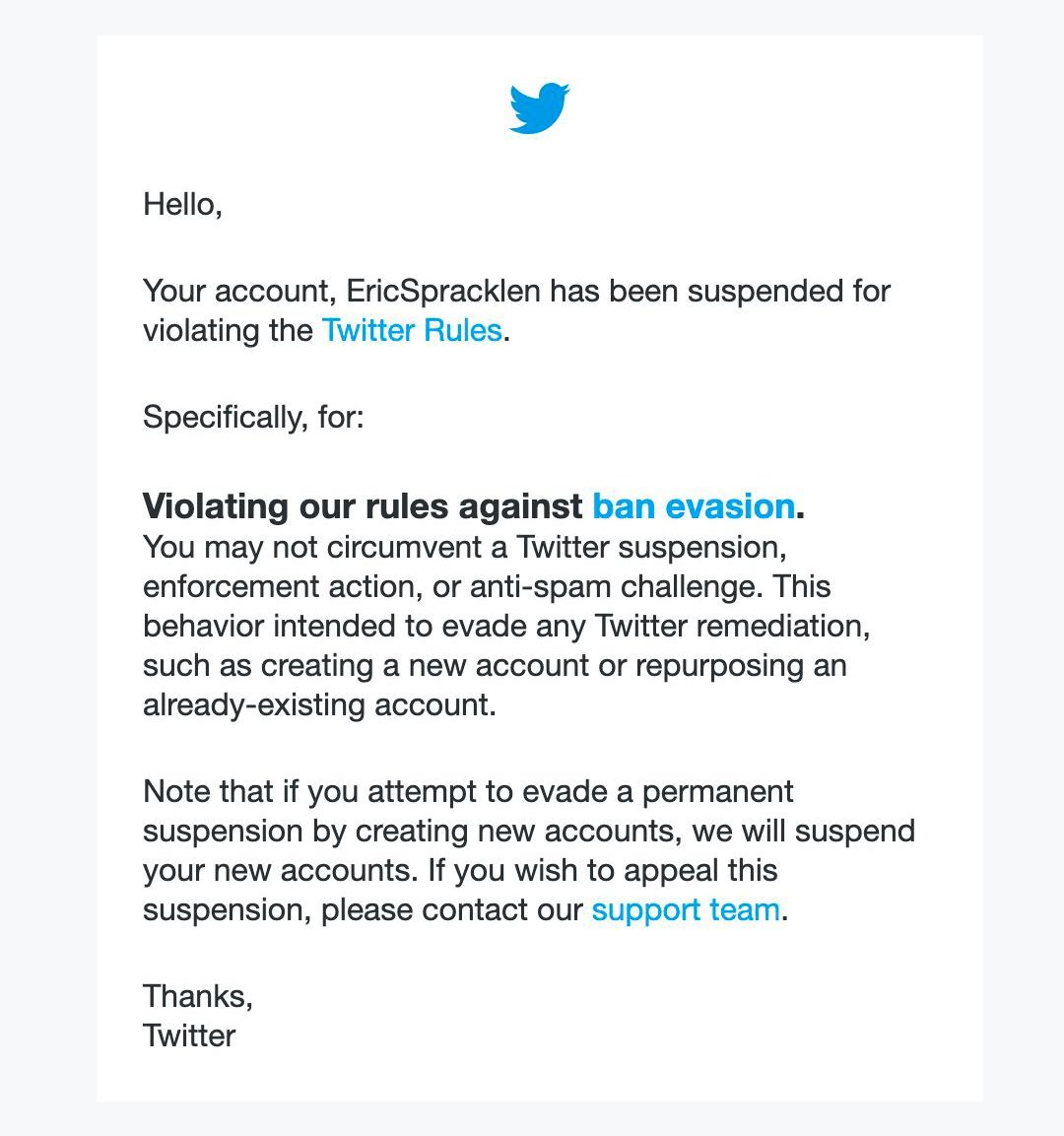 Before his ban, Spracklen had been promoting the Project Veritas report which focuses on documents that appear to contradict testimony that Fauci gave under oath on gain of function research.

The report quickly gained traction on Twitter and an associated “#exposefauci” hashtag became the number one trend for several hours.

One of Spracklen’s final tweets before being banned revealed that the video of this Project Veritas report had racked up 2.8 million views. 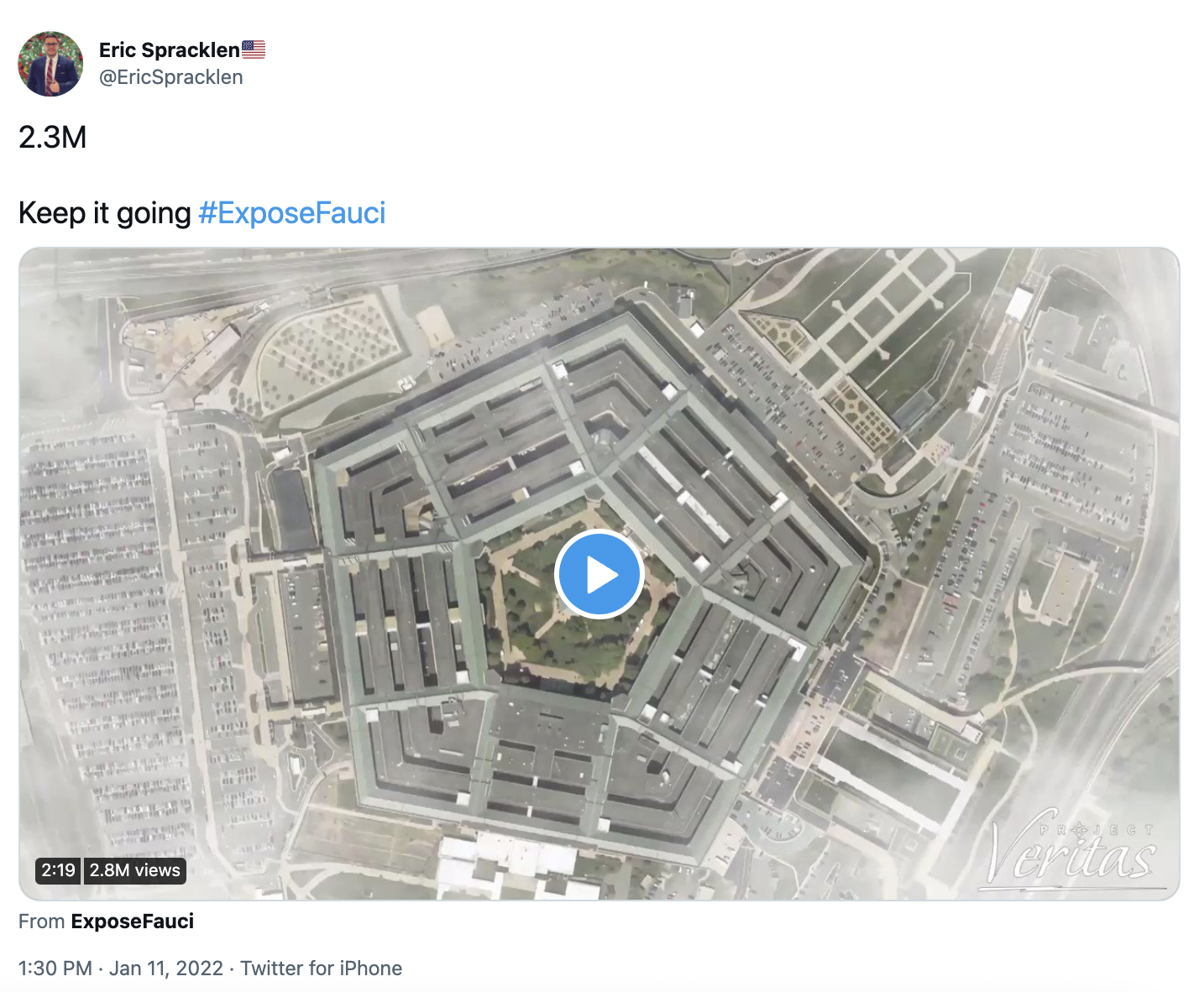 The timing is also notable because Fauci was testifying at a Senate hearing on COVID variants as this Project Veritas report was going viral on Twitter.

As with the banning of Spracklen, O’Keefe was banned on the same day that one of Project Veritas’ explosive reports was trending on Twitter.

Spracklen is the latest of several high-profile accounts to be banned by Twitter recently. In the last two weeks alone, the tech giant has booted Congresswoman Marjorie Taylor Greene, American immunologist and virologist Dr. Robert Malone, and @Unity4J, a popular support account for journalist Julian Assange.

In addition to the bans, Twitter has locked several users out of their accounts and introduced new censorship rules during the last 30 days.

The growing levels of censorship on Twitter and other Big Tech platforms have inspired an exodus to alternative platforms that vow to not censor their users. Free speech social network Gab, Twitter alternative GETTR, and video sharing platform Rumble have all attracted big names this year.