Nicki Minaj claims she has been put in “Twitter jail” following her recent tweets promoting personal decision making over the COVID-19 vaccine that were interpreted by many as being anti-vaccine.

The artist sparked backlash from several media outlets this week after revealing she is unvaccinated, told a story about her “cousin in Trinidad” who is was refusing to take the vaccine because a friend of his claimed “his testicles became swollen” and he “became impotent” after getting the the shot. 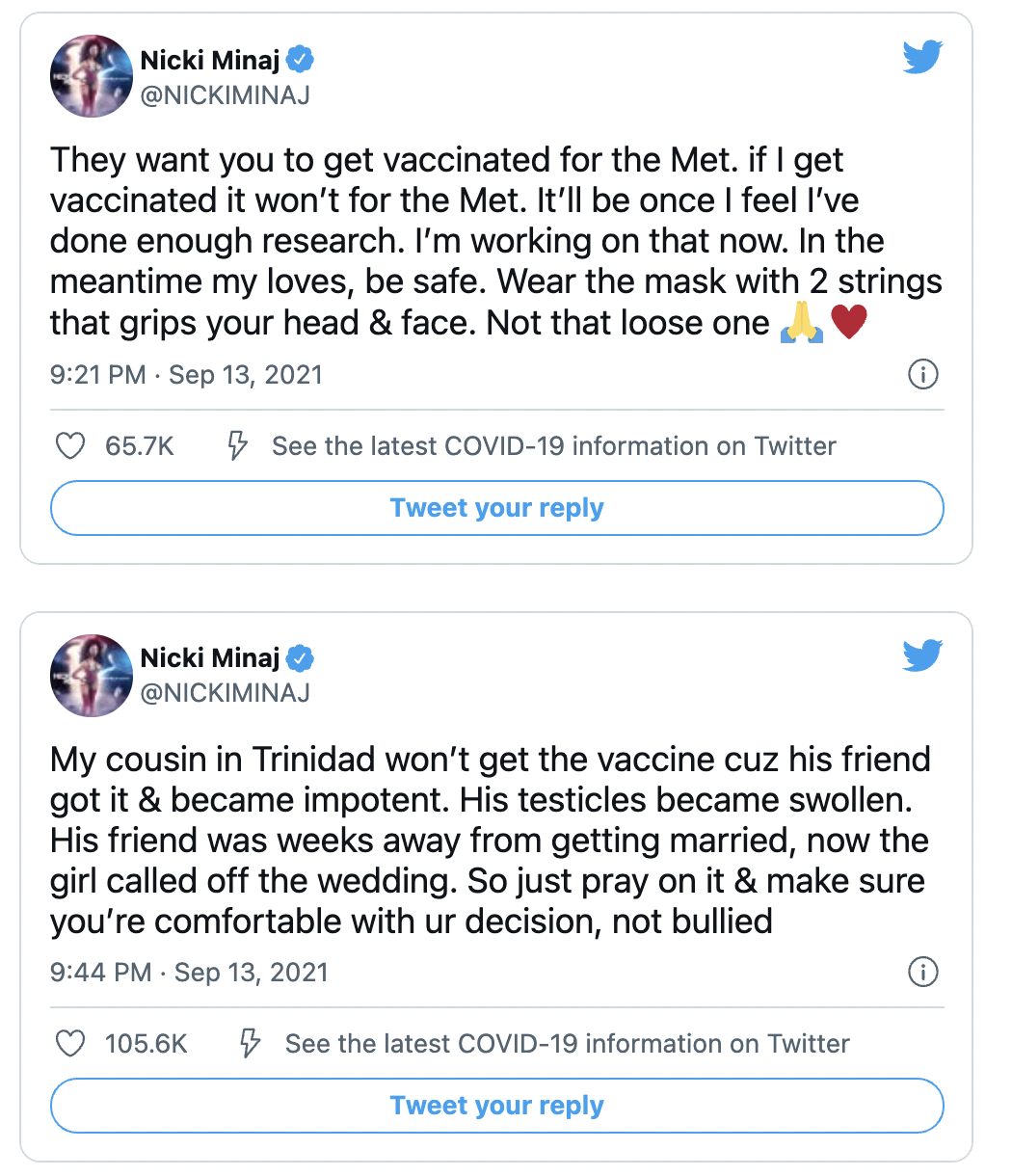 “So just pray on it & make sure you’re comfortable with ur decision, not bullied,” Minaj added.

Minaj had been firing back at MSNBC host Joy Reid after she was attacked by Reid for sharing her opinion on Twitter, with Reid saying that Minaj was encouraging skepticism toward the coronavirus vaccine.

Minaj accused Reid of lying about her. “This is what happens when you’re so thirsty to down another black woman (by the request of the white man), that you didn’t bother to read all my tweets,” Minaj tweeted. “‘My God SISTER do better; imagine getting ur dumb ass on tv a min after a tweet to spread a false narrative about a black woman.”

This evening, Minaj shared a clip of Fox News Host Tucker Carlson who, in a segment, said that Minaj’s comments seemed “sensible.”

“This has not anything to do with the physical effect of the vaccine that makes our political class mad,” Carlson said in the clip. “It’s the last part of Nicki Minaj’s tweet that enrages them, the part where she says, ‘You should pray on it,’ make the decision yourself like a free human being and quote, ‘Don’t be bullied.’”

Carlson then said further, “So our media and public health officials didn’t like this because they make their livings bullying people, so they couldn’t let it stand. So the crazed race lady over at MSNBC told Nicki Minaj to shut up immediately.” 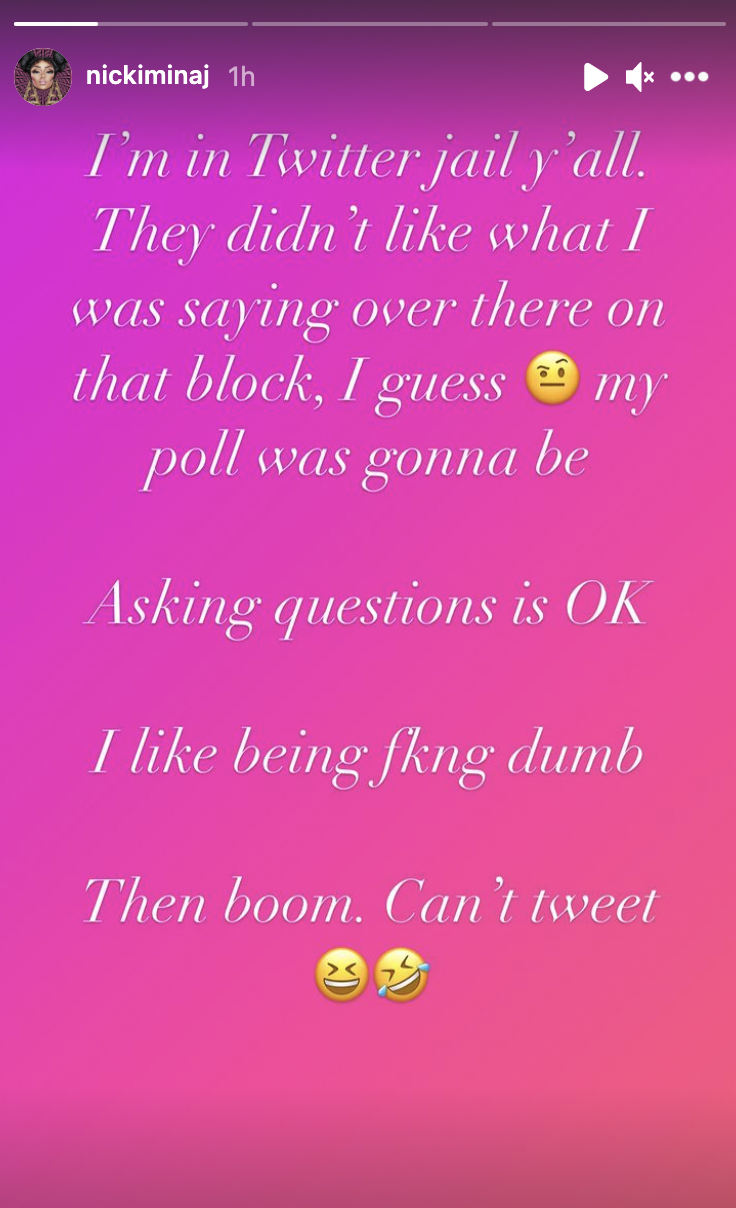 Twitter regularly locks out users who make statements that go against its chosen health authorities, namely the CDC and the WHO. Sometimes the bans last until the “offender” deletes the tweet Twitter doesn’t like. Sometimes, the ban is set to last for a number of hours.

But Twitter is yet to say why it locked Minaj out.

Minaj has yet to comment further but added to her Instagram stories two tweets that supported Minaj in her statements: 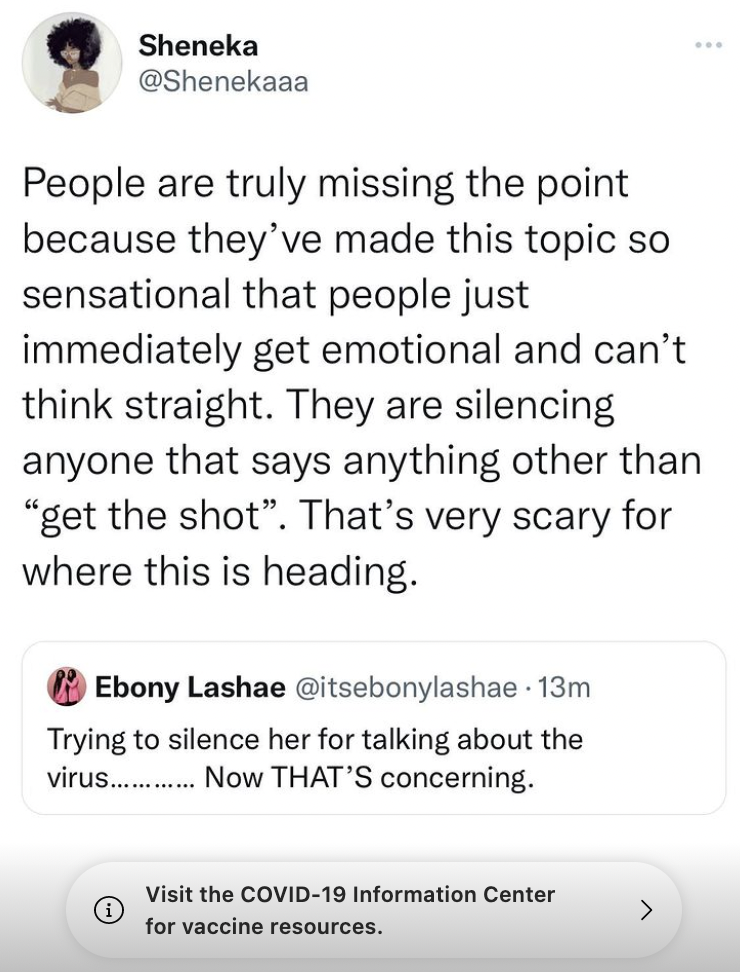 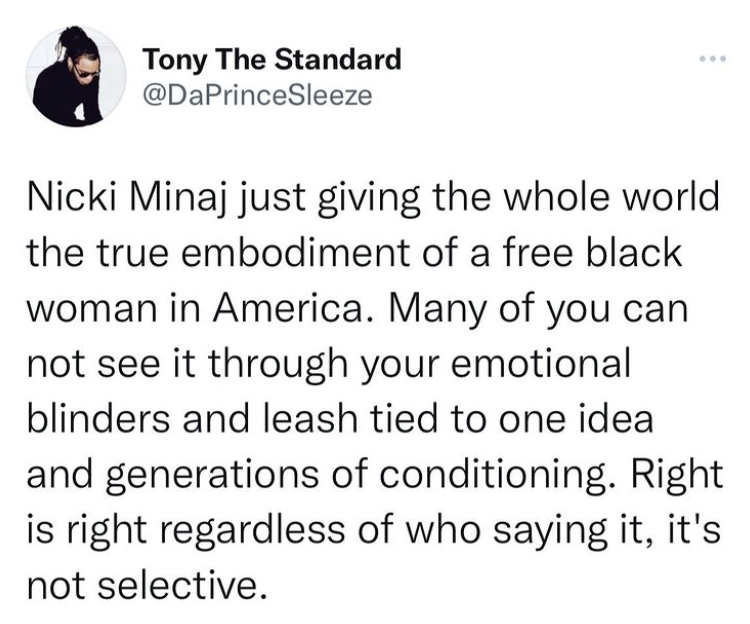 The post Twitter silences Nicki Minaj after she shared Tucker Carlson’s defense of her telling people to not be “bullied” over vaccine appeared first on Reclaim The Net.