Twitter‘s Birdwatch anti “misinformation“ initiative, though still in it‘s early first pilot phase is already generating a lot of controversy and fears that it might serve to establish even more bias on the platform.

Namely, it is emerging that Twitter is preventing users from joining the pilot if they had previous violations there, meaning that the population of early adopters could prove to be biased in a way that‘s conforming to Twitter‘s policies, including politically motivated decisions.

This came to light as conservative radio host and former spokesperson for National Rifle Association Dana Loesch announced on Twitter she was unable to sign up for Birdwatch because of a prior violation – a tweet about her reporting based on New York Post‘s article about Hunter Biden‘s shady dealings abroad, and the involvement of his father, Joe Biden. 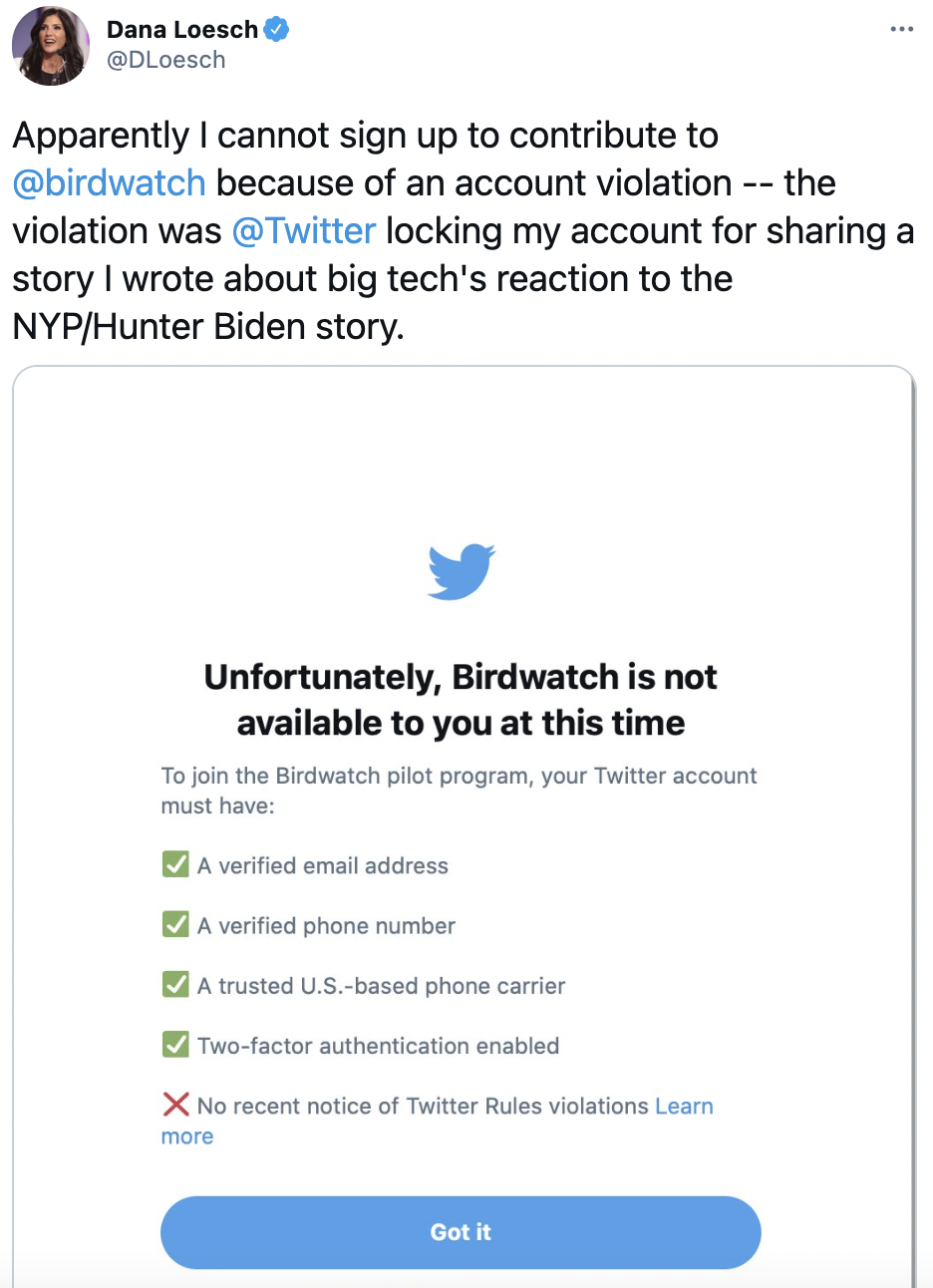 The original story was came amid the presidential campaign in October and was quickly banned on Twitter, who kept users in the dark about it for two weeks by locking the media outlet‘s account, to eventually restore it and admit to making “a mistake“ for suppressing legitimate journalism.

Loesch then wrote her own take on the situation, specifically the reaction of Big Tech to the Hunter Biden story and the way the New York Post was treated. When she shared that story, Twitter locked her account as well.

And that is the sort of violation that is now keeping her from participating in Birdwatch. As she noted, this reveals that even if Twitter CEO Jack Dorsey said at the time it was a mistake to ban the original report about Biden‘s son, the platform‘s reaction means those who shared information about the NYP article are still being targeted on Twitter.

The social media network says Birdwatch is supposed to let users identify tweets they “believe“ contain misinformation, and add notes to those tweets, providing their own “context.“

The messiness of the concept aside, Loesch is also convinced that the purpose is less to tackle misinformation and more to give room to activists to “gaslight“ content coming from users espousing center and center-right political leanings.

The post Twitter‘s “Birdwatch“ misinformation feature is already off to a biased start appeared first on Reclaim The Net.