Last year, YouTube was caught auto-censoring several phrases that criticized “wumao” (五毛) – a phrase describing the Chinese Communist Party’s (CCP’s) internet propaganda division the “50 Cent Army” which is a reference to members of this propaganda division reportedly being paid 50 cents per post.

YouTube responded by claiming “this was an error in our enforcement systems and we are working to fix it as quickly as possible.”

Now, just over a year later, Oculus and Anduril founder Palmer Luckey has reported that YouTube was again censoring a phrase that criticized wumao for influencing YouTube censorship operations. 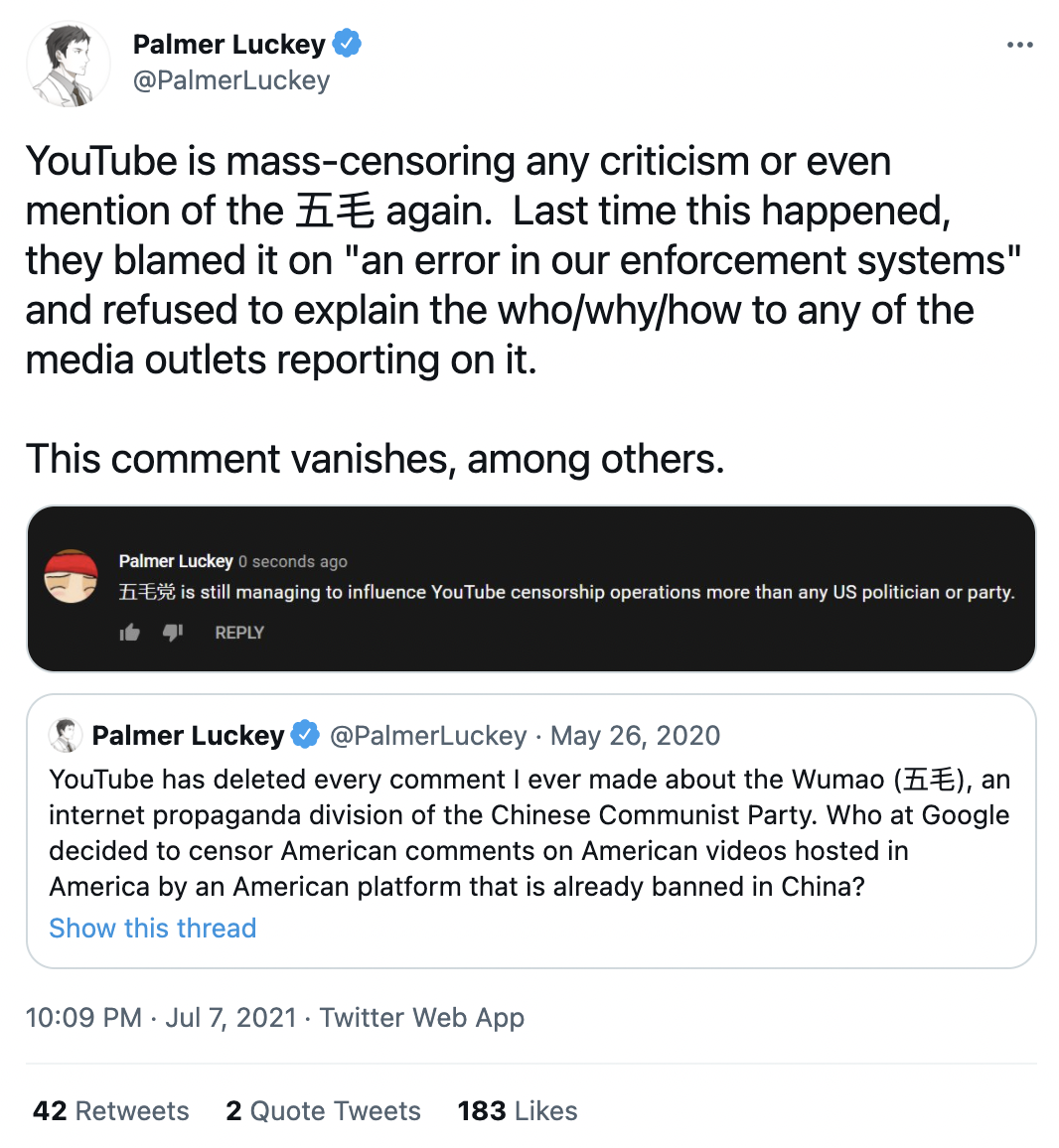 Reclaim The Net tested this phrase in the YouTube comments section and it was briefly auto-censored within seconds of being posted.

However, after YouTube was questioned about the practice and after Luckey retweeted a post from another Twitter user who tagged Congressman Jim Banks and shared their experience of the word “Wumao” being censored in the YouTube comments section, YouTube appeared to reverse the censorship.

This auto-censorship of some comments criticizing wumao follows YouTube and its parent company Google being accused of censoring several other apps, videos, and phrases that criticize the CCP.

In April, China Uncensored, a commentary channel that vows to bring viewers “the uncensored truth about the Chinese Communist Party’s secret plan to take over the world,” suggested that its videos were being suppressed and demonetized because of its criticism of the CCP.

And last year, Google banned an app that revealed apps that have ties to China, censored phrases about Falun Gong, a Buddhist-based practice of meditation and moral living that’s heavily persecuted and censored by the CCP, and blacklisted the phrase “Chinese virus” from its mobile keyboard.