The latest instance of coronavirus-related censorship taking place on YouTube is shedding light on the giant as not only vigorously suppressing opposing voices, but also opposing science.

At the same time, YouTube’s decision to remove a video uploaded in June of an interview with Professor Scott Atlas, a senior fellow at Stanford University’s Hoover Institution, and advisor to The White House, is shrouded in mystery.

The justification given by the video giant is that Atlas failed to properly align his views with that of the World Health Organization (WHO) “or local health authorities.” 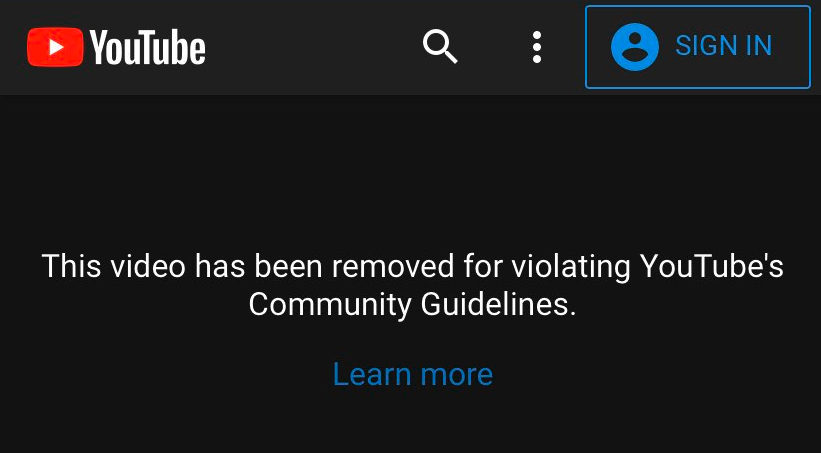 But it’s entirely unclear why any of the remarks made by Atlas, who is a neuroradiologist and a Stanford Medical Center professor, would have been taken as “dangerous” for the public to learn about.

Things become more clear from context, but not in a way that is less damning for Google/YouTube acting like a censorship machine throughout the past six months of the pandemic: Atlas is a lockdown skeptic, and in August, he became US President Trump’s adviser.

While he agrees that the virus is a serious threat that should be curbed, Atlas thinks that lockdowns have a greater potential to damage public health than to protect it, not least by undermining the economy.

The decision to censor his views has once again caused criticism of YouTube as a platform that is out to silence free speech, especially that of conservatives. Some observers think that antitrust regulation is the way to deal with Google’s behavior.

In the meantime, the Hoover Institution, which interviewed Atlas back in June, has provided a transcript of the video censored by YouTube.

It’s cold comfort for anyone expecting one of the globally dominant tech companies to behave in line with its de facto status, that of a digital public square, and accordingly allow free speech on its properties.