Video content creator Ford Fischer’s “adventures in Big Tech” continue even after his YouTube channel eventually got remonetized, after getting inexplicably demonetized.

The controversy arose after his video from a Trump rally in front of the Capitol Hill was removed, despite Fischer claiming that it was newsworthy and not in violation of YouTube’s policies.

Fischer got another taste of how independent creators are often treated by Google’s giant video platform when his attempts to reverse the decision got ignored for a good while. And YouTube is still putting hurdles in his way by labeling his footage that was used in the impeachment process as inappropriate or offensive, and requiring users to tap the “I understand and wish to proceed” button in order to view the video.

The age restriction has also been slapped on the video, so only those confirmed to be 18 or over will be able to see the video of the US Congress using his footage – on his own channel.

However, the exact same video uploaded on NBC’s channel has no similar warning or restrictions attached to it. Fischer, who shared this on Twitter, supplying his followers with screenshots and links to the two videos to prove his claim, took this to mean that YouTube “continues to treat independent journalists differently than mega-corporations.” 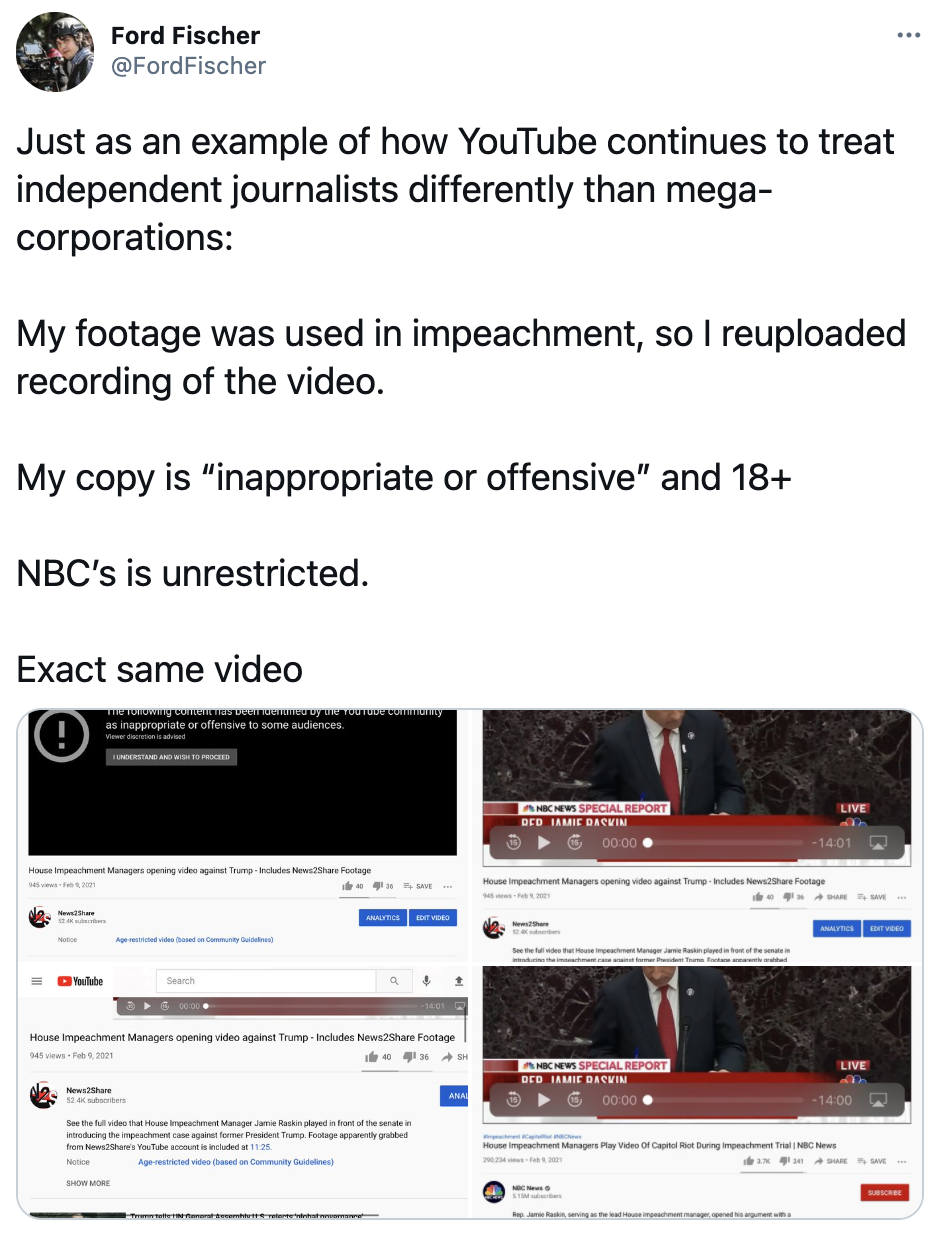 To those who have been observing the direction in which the giant video platform has been going this will be old news. YouTube is not exactly trying to hide, either, that it wants to move towards catering to big broadcasters and celebrities, even by paying them to use the platform.

This increasingly means that smaller creators and native talent that made YouTube what it is today are becoming neglected at best, and undermined at worst, through bans, demonetization, and rampant abuse (often by other big corporations) of the giant’s copyright strikes system.

But his troubles over on YouTube are not the only issue Fischer – who vowed to “continue the fight” even after his channel was remonetized – is facing on social media.

The post YouTube continues to suppress small news outlets to the benefit of giant corporations appeared first on Reclaim The Net.