YouTube suspended then restored the channel of Novara Media, a UK-based left-leaning news outlet. According to the outlet, the channel was suspended without explanation and it had not received a warning.

“We play an important public service role and regularly feature interviews with politicians, human rights campaigners, scientists and campaigners from around the world,” Novara said in a statement.

“We are also regulated by IMPRESS in the UK. We call on YouTube to immediately reinstate our account,” it added.

Novara Media is an online-only news outlet that was founded in 2011 as an alternative to left-wing mainstream media outlets. Its YouTube channel, which was restored a few hours after it was removed, has 167,000 subscribers.

“What on earth is going on @YouTube?” Labour MP Richard Burgon wrote on Twitter. “I ask as an elected Member of the UK Parliament.”

“@novaramedia is an important platform for left journalism and discussion. It shouldn’t be removed.” 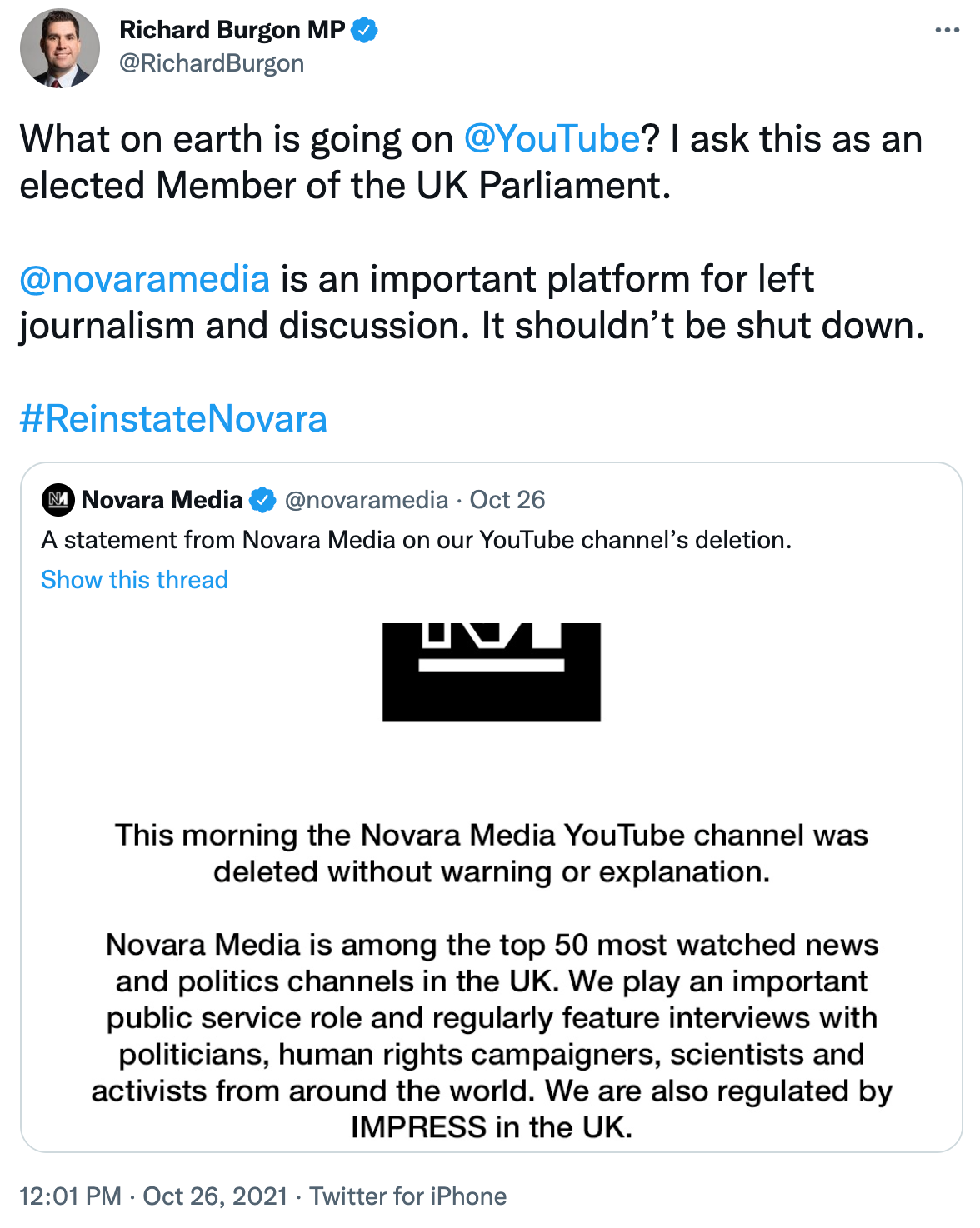 In a statement, a spokesperson for YouTube said: “Novara Media’s channel was briefly removed after it was flagged, but upon review, it was then immediately reinstated.

“We work quickly to review all flagged content, but with millions of hours of video uploaded on YouTube every day, on occasion we make the wrong call.”