YouTube issued a notice to Right Side Broadcasting Network (RSBN) on Friday, informing them that their “content was removed due to a violation of our Community Guidelines. Your channel now has 1 strike. You won’t be able to do things like upload, post, or live stream for 1 week.” 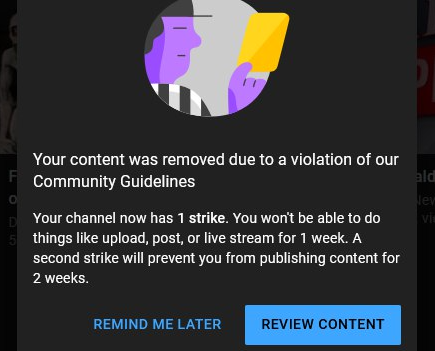 The censorship has restricted them from uploading or live streaming during the strike period.

This is not the first occurrence as YouTube has regularly censored RSBN’s feeds since the 2020 presidential election.

On September 30, 90 days after the previous strike against RSBN ended, the network was reinstated after being penalized for violating the selectively enforced “standards” of YouTube. YouTube then issued another strike the day after the previous one ended.

YouTube cautioned RSBN that, “A second strike will prevent you from publishing content for 2 weeks,” with the possibility of a third strike that will result in the permanent expulsion of RSBN’s channel on the platform. Interestingly, Vimeo, another prominent video platform, flagged RSBN’s account for “manual review” when it posted what they deemed to be “conspiracy-related” material.

In response to the censoring, RSBN appears to be altering the way it engages with its viewers by embracing alternative platforms such as Rumble who is “happy” to be hosting the network. 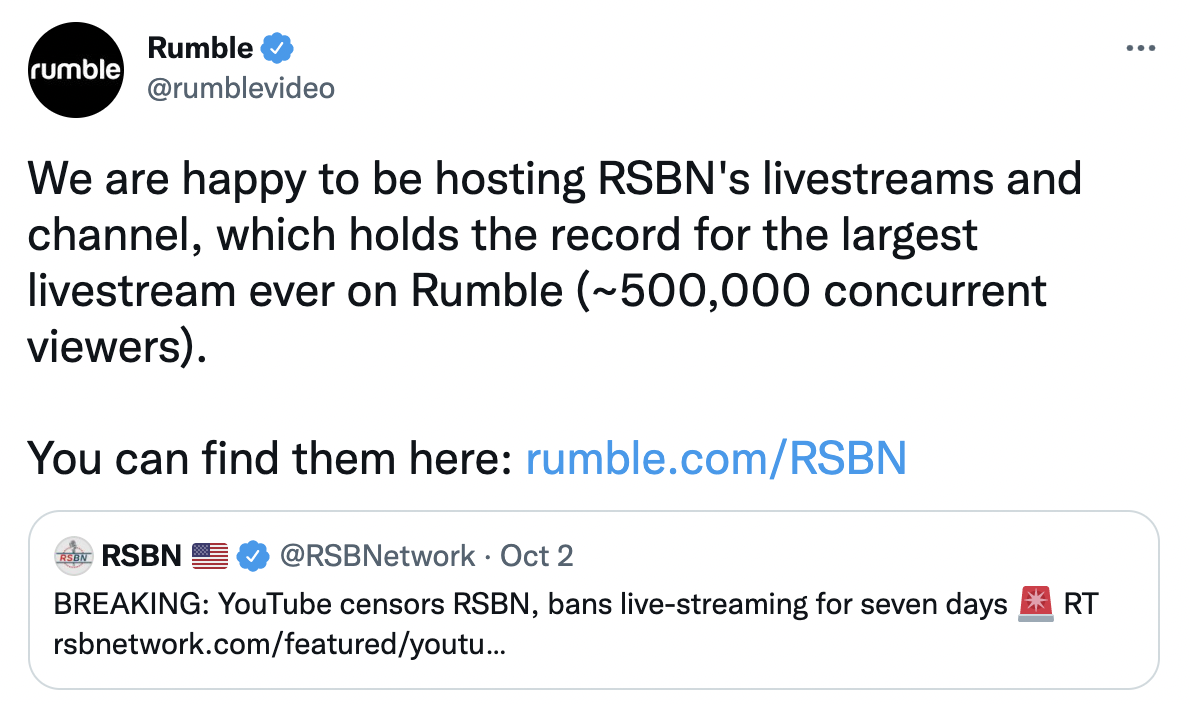