In another example of the mass wave of censorship that has occurred across the Big Tech platforms since Wednesday, Facebook and Instagram have permanently suspended BlazeTV reporter Elijah Schaffer.

Schaffer is known for his on the ground reporting and covered the events at the US Capitol on Wednesday. He also hosts the popular BlazeTV show Slightly Offensive. 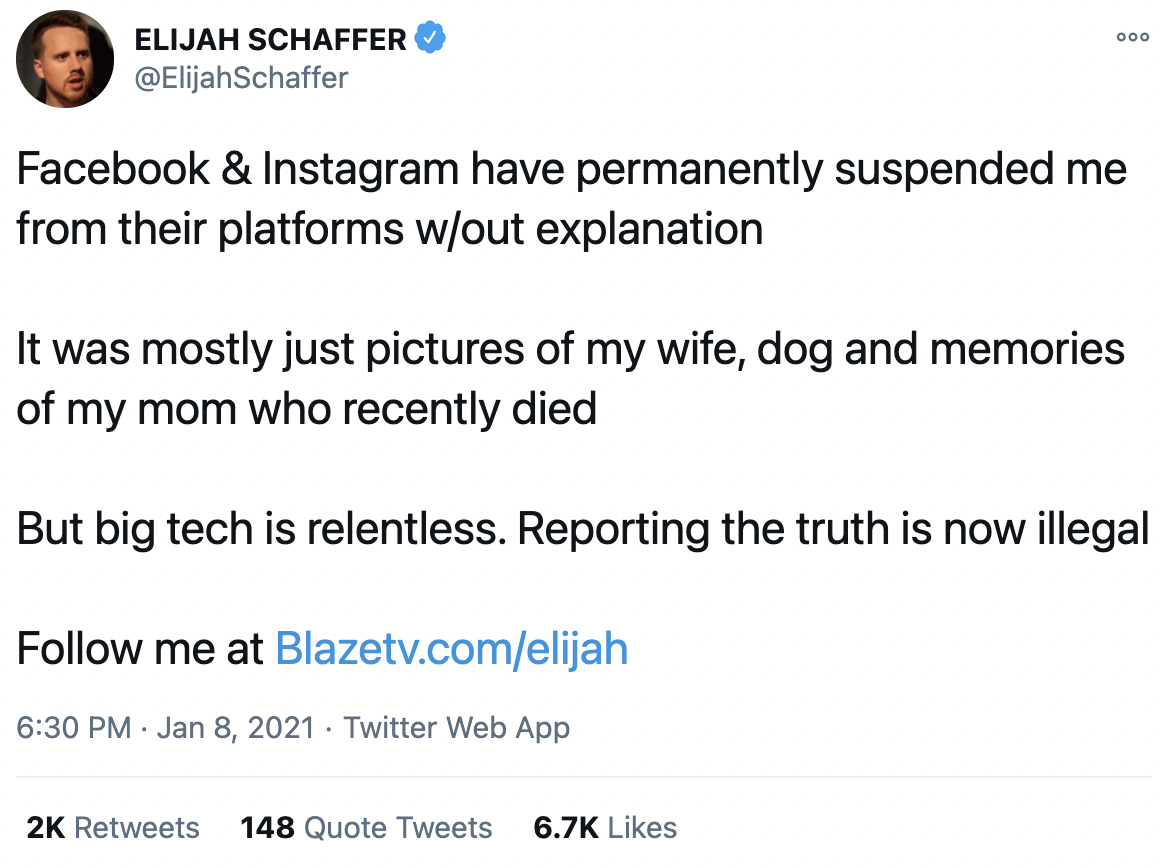 “It was mostly just pictures of my wife, dog and memories of my mom who recently died,” Schaffer added. “But big tech is relentless. Reporting the truth is now illegal.”

In addition to having his personal photos erased by Facebook, Schaffer also lost tens of thousands of followers as a result of the ban.

BlazeTV founder Glenn Beck slammed “Big Tech, Rep. Eric Swalwell, and MSM” for “trying to destroy” Schaffer for “DOING HIS JOB and documenting the Capitol riots.” According to Beck, CNN is investigating Schaffer and calling his family and past colleagues “to find out who he really is.”

The suspension of Schaffer from Facebook and Twitter follows the popular #WalkAway Campaign, attorney Lin Wood and his FightBack legal fund, and President Trump all being banned or indefinitely suspended from multiple Big Tech platforms.

In addition to the ban, new rules have been put in place which ban photos and videos from US Capitol protestors on Facebook and allegations of election discrepancies on YouTube.