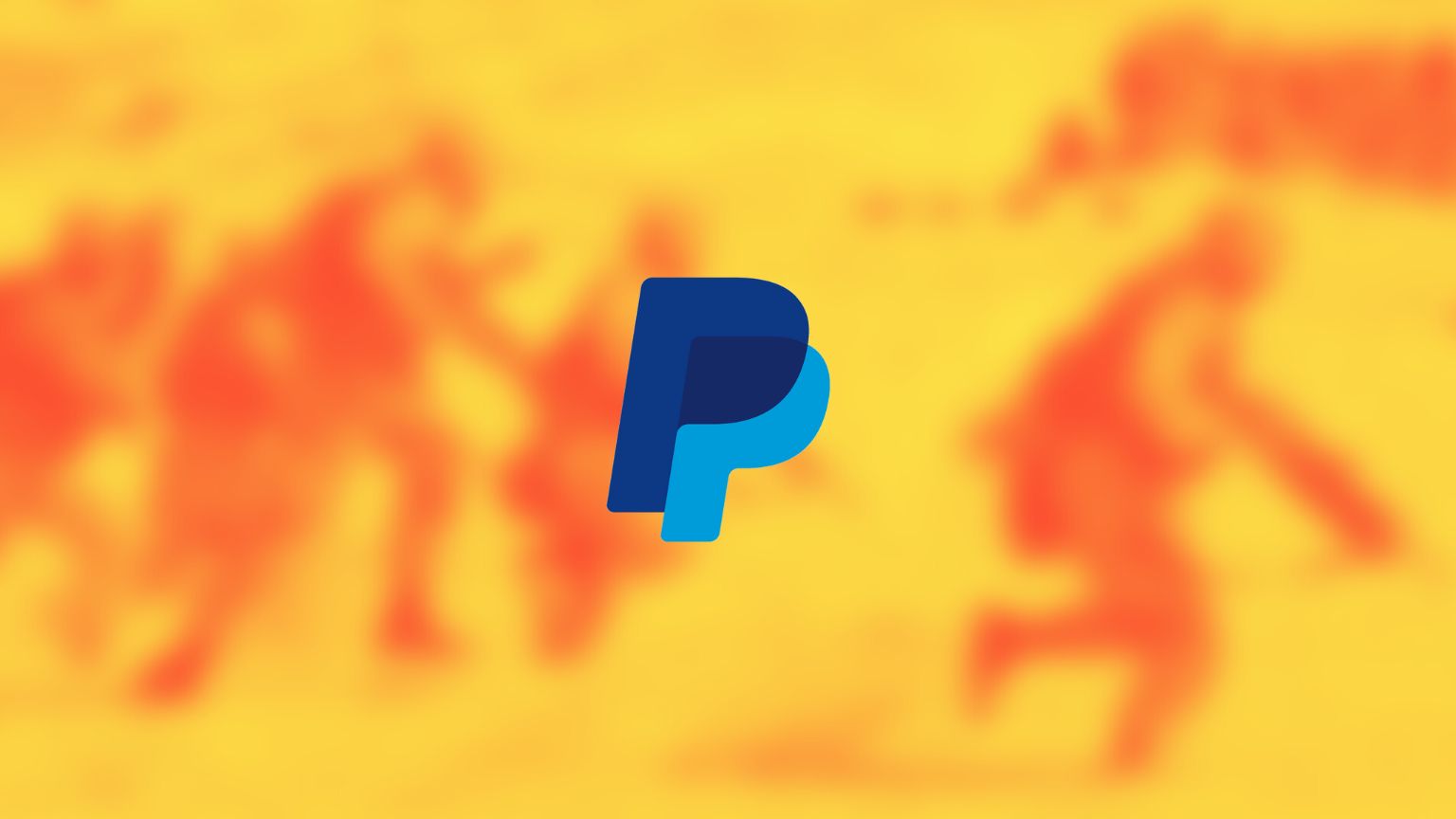 PayPal has banned the accounts of journalists and media companies that have published stories that contradict some of the West‘s reporting of the Russian invasion of Ukraine. Among those that have been banned include MintPress News, its journalists Alan MacLeod and Mnar Adley, and independent journalist Caleb Maupin.

A few days ago, MintPress published a report by MacLeod, titled “An Intellectual No-Fly Zone: Online Censorship of Ukraine Dissent Is Becoming the New Norm.“ The report alleges Silicon Valley and Big Tech have been suppressing anything that contradicts the US and Western governments‘ narratives of the Russian invasion of Ukraine.

In a statement to independent journalist Caitlin Johnstone, who first reported the story, MintPress News Executive Director Mnar Adley said: “Paypal banning myself and MintPress is blatant censorship of dissenting journalists & outlets. For the past decade, MintPress has been unapologetically working as a watchdog journalism outlet to expose the profiteers of the permanent war state from the wars in Iraq, Afghanistan, Libya, Somalia, Sudan to Apartheid Israel‘s occupation of Palestine and Saudi Arabia‘s genocidal war in Yemen to regime change operations in Syria, Ukraine and Venezuela where US weapons have flooded these nations to plunge them into devastating civil wars.

“In the era of a declining US empire, censorship has become the last resort of an unpopular regime and its forever wars to make the truth disappear and critical thinking all but dead. With the war in Ukraine raging on, we‘ve entered wartime and Big Tech giants, including Paypal, are working hand in hand with the New Cold War architects themselves to sanction dissenting journalists. If you read the board of any of these tech giants from Google, Twitter, Facebook, and Paypal, they read like a rogues‘ gallery of warmongers and their agenda is clear: To control the free flow of information and target the bank accounts of anyone who dares question the official narrative of the Pentagon or State Department.“ 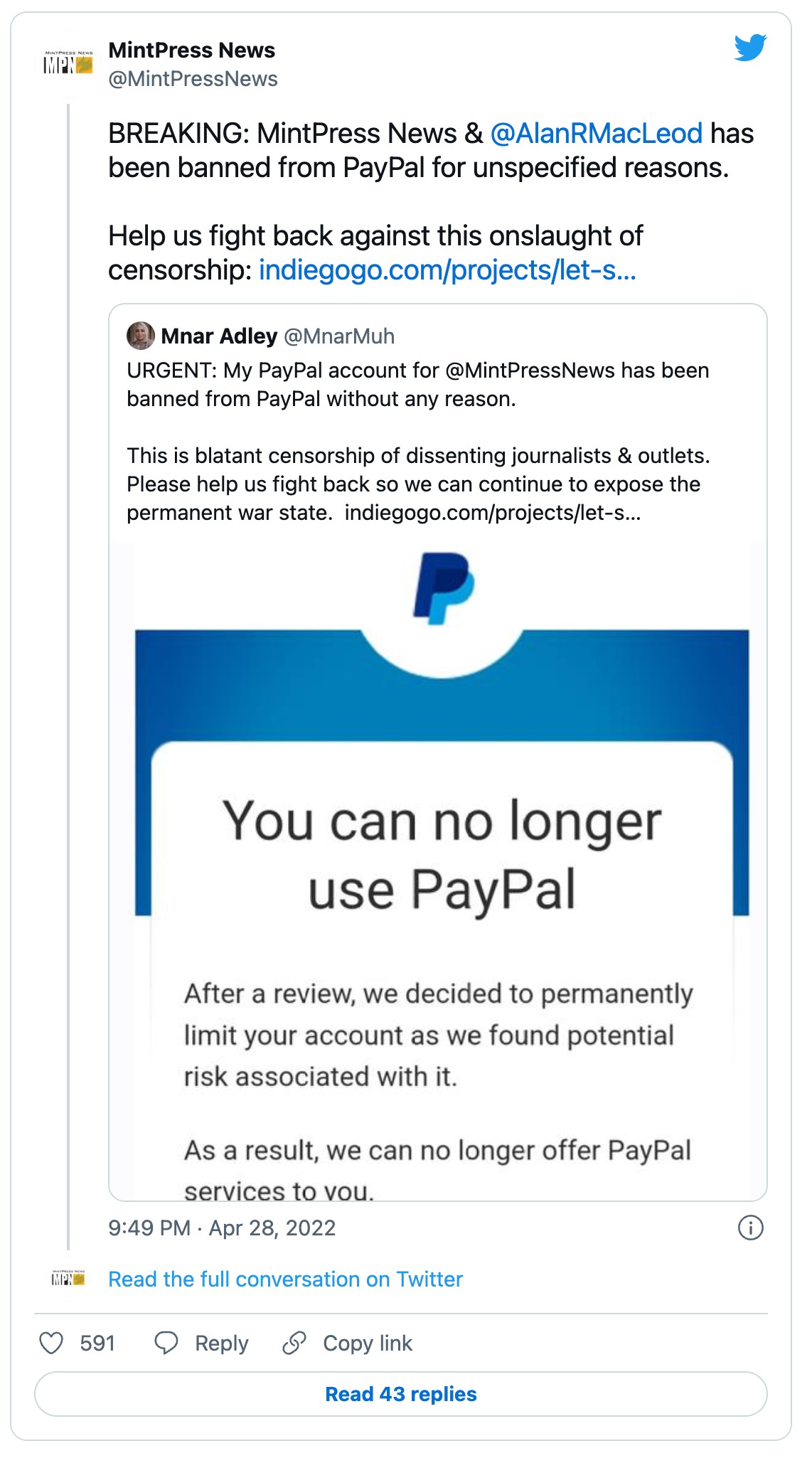 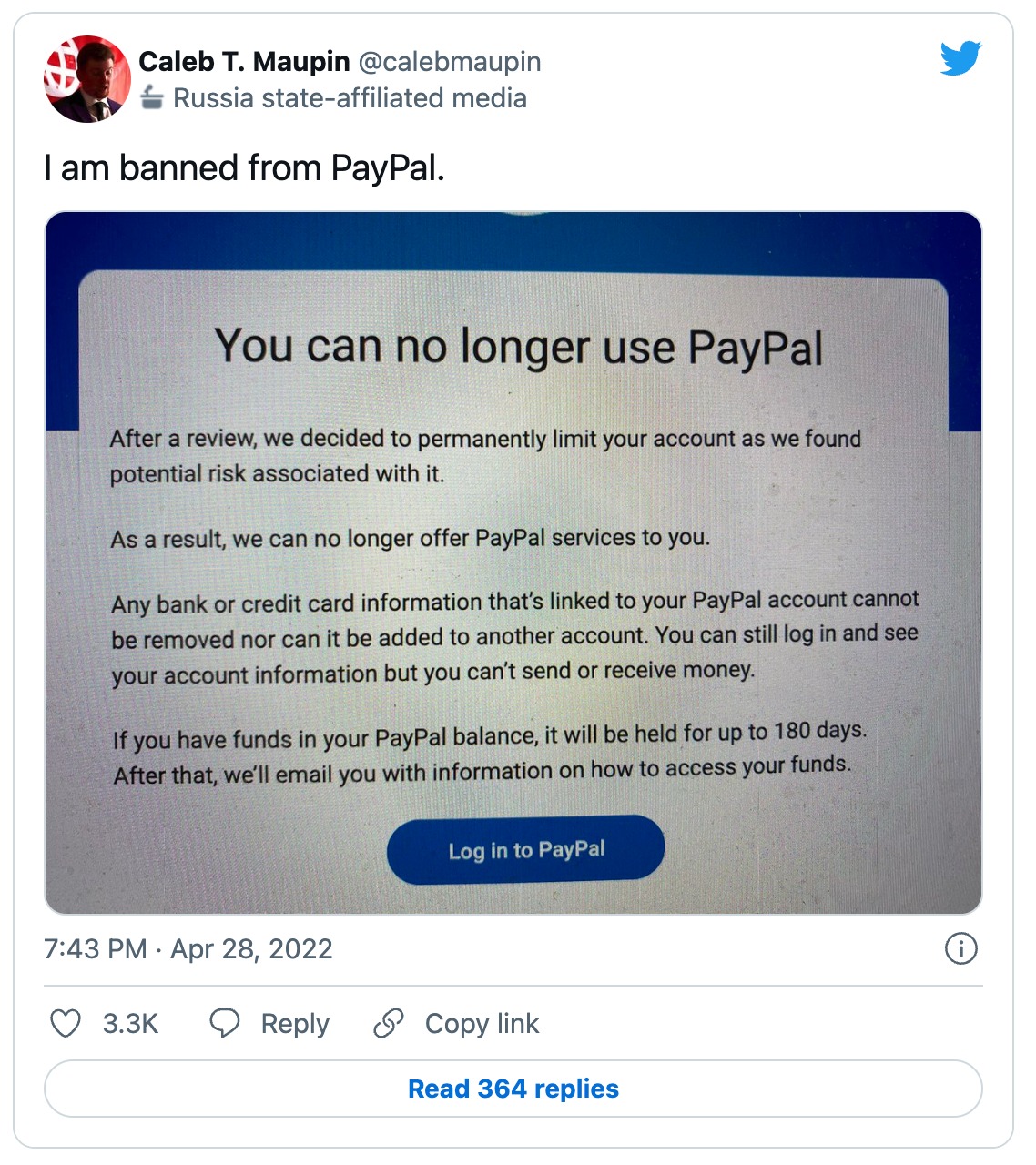 Commenting about the PayPal ban, he said: “Why should something as basic as cash transactions be subject to political censorship? The economic war on independent countries is turning into a war on free speech. Writers and journalists must be able to eat.“

Independent journalists and alternative media companies rely on funding. Limiting their sources of funding is as effective as direct censorship.