On Wednesday, veteran TV journalist John Stossel sued Facebook for defamation, for slapping his 2020 post about forest fires and their cause with a fact-check label.

According to the complaint, filed in a federal court in California, Stossel posted a video on Facebook, captioned “Government Fueled Fires.” In the video, he criticized the “sensational media reporting about a so-called ‘climate apocalypse,’ and explored a scientific hypothesis… that while climate change undoubtedly contributes to forest fires, it was not the primary cause of the 2020 California fires.”

We obtained a copy of the lawsuit for you here. 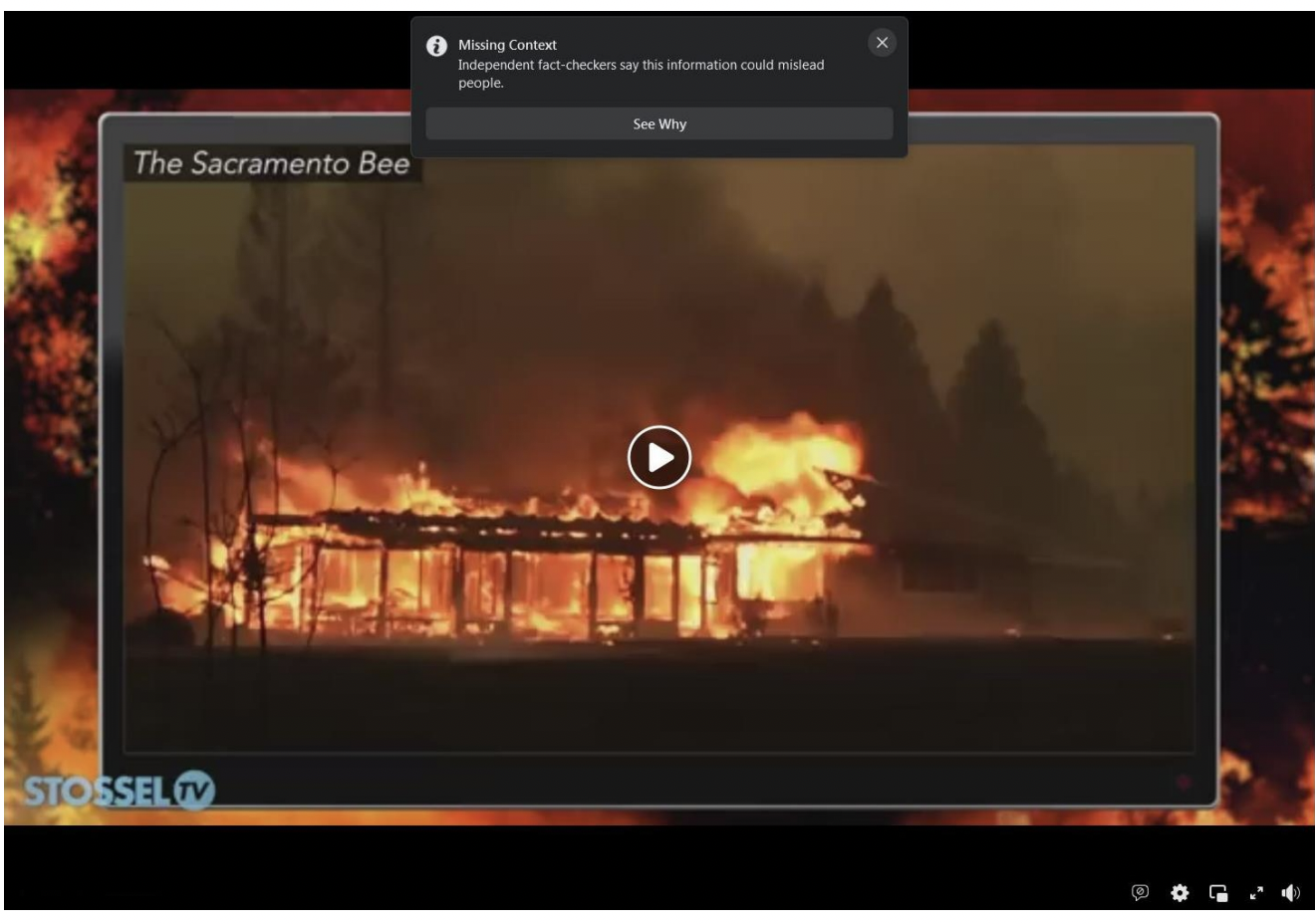 However, as soon as the video was live, Facebook flagged it as misleading. The label stated: “Missing Context. Independent fact-checkers say this information could mislead people.”

It added: “Claim – ‘forest fires are caused by poor management. Not by climate change.’ Verdict: misleading.” 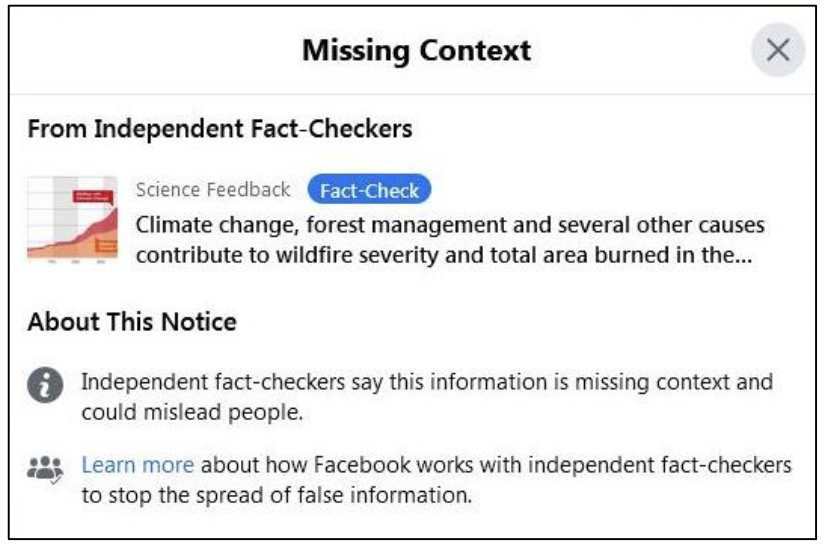 Stossel’s complaint argues that he did not specifically claim that climate change did not cause forest fires. He is seeking defamation damages because the fact-check had a negative impact on his viewership and it significantly harmed his reputation.

“We believe this case is without merit and we will defend ourselves vigorously against the allegations,” a Facebook spokesperson said.