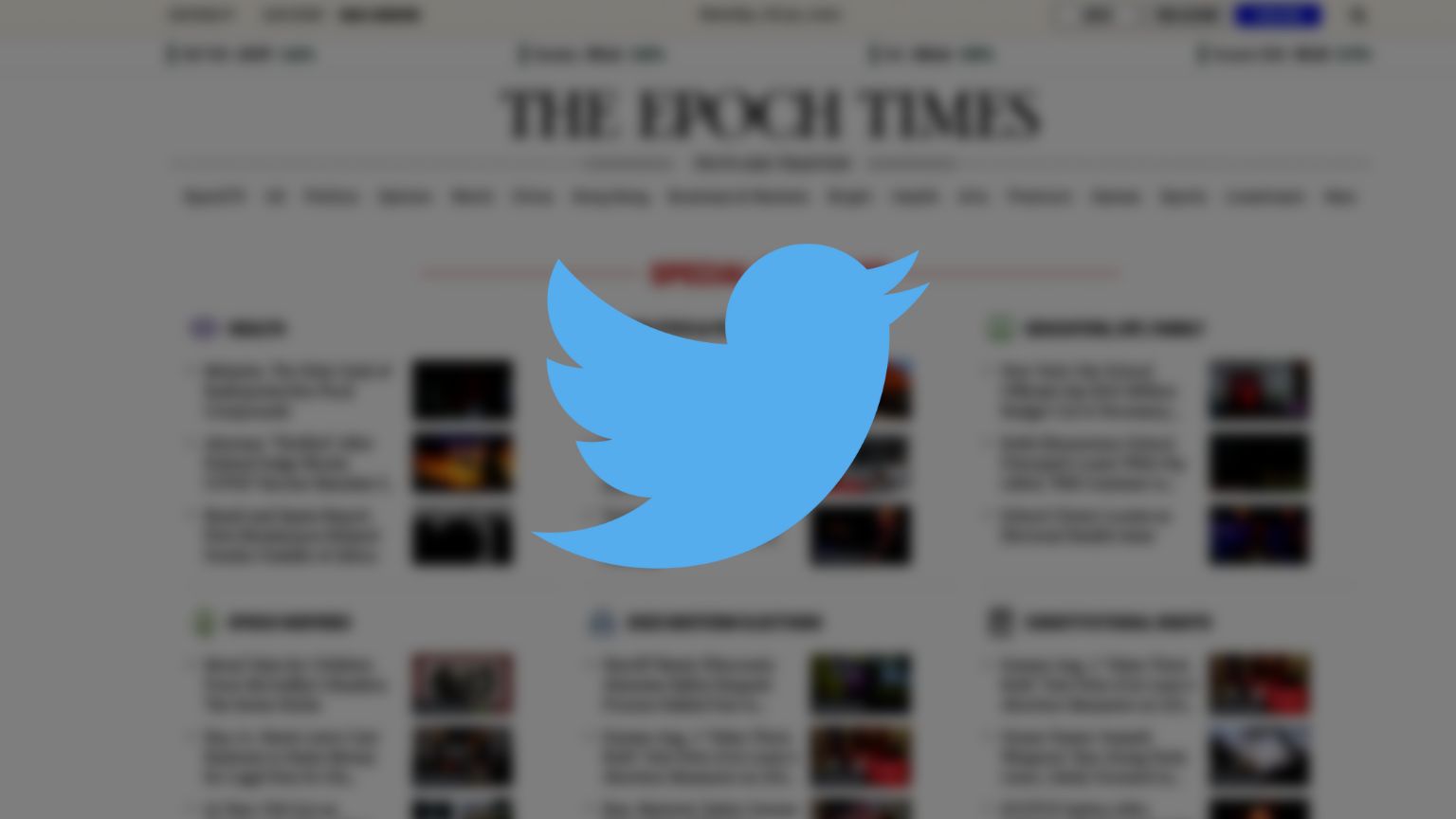 On July 28, Twitter decided to block all content from The Epoch Times, a news outlet that was founded in 2000 by Chinese Americans who opposed the Chinese Communist Party. The censorship has been decried by at least two US senators.

When a user clicks any link from The Epoch Times, they get redirected to a page titled: “Warning: this link may be unsafe.“ 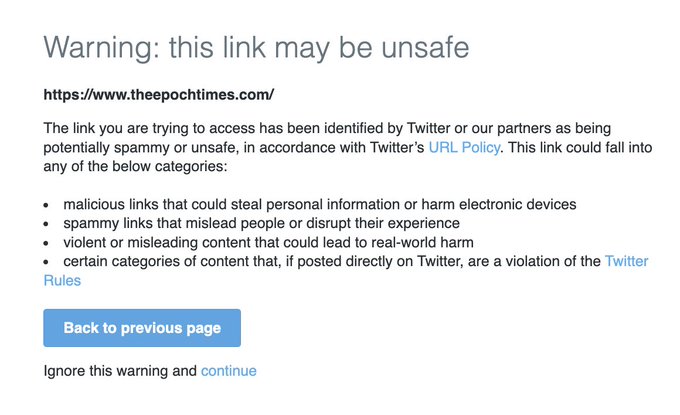 “The link you are trying to access has been identified by Twitter or our partners as being potentially spammy or unsafe,“ the warning reads. It says that the link could fall into one of four categories: “malicious links that could steal personal information or harm electronic devices“; “spammy links that mislead people or disrupt their experience“; “violent or misleading content that could lead to real-world harm,“ or content that “if posted directly on Twitter, are a violation of the Twitter Rules.“

A user has to click on continue at the bottom of the page to proceed to The Epoch Times page they clicked on.

After being contracted by Reclaim The Net, Twitter reversed the censorship.

“Twitter is censoring @EpochTimes under the guise of ‘unsafe‘ speech. Remember what happened the last time corporate media and big tech tried to censor my investigation on Hunter Biden corruption?“ Sen. Ron Johnson wrote on Twitter. “The truth always prevails.“ 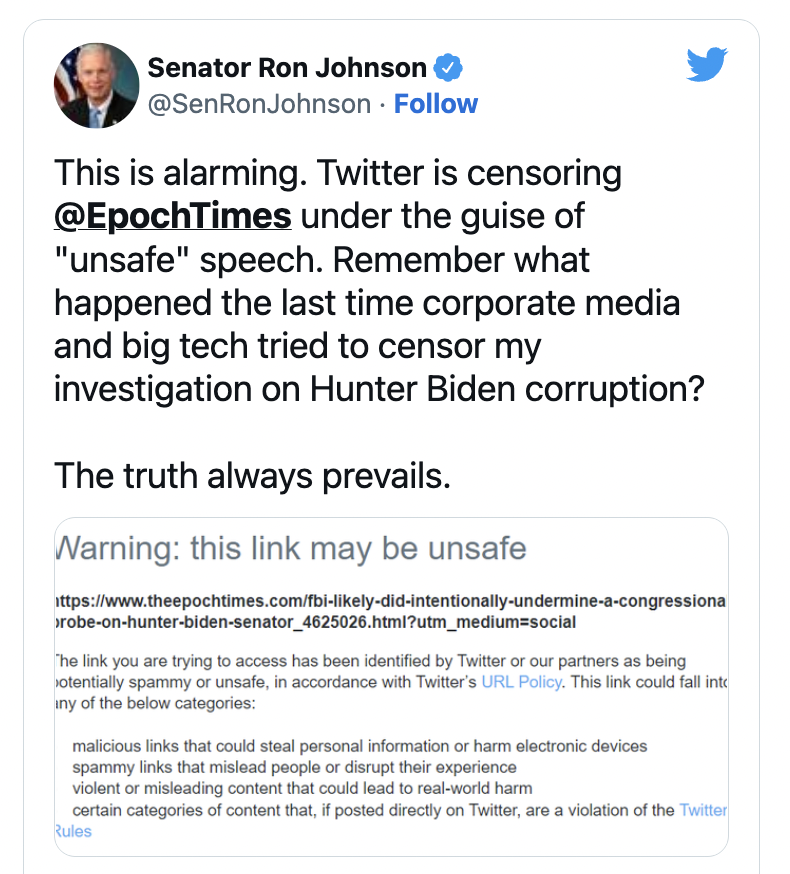 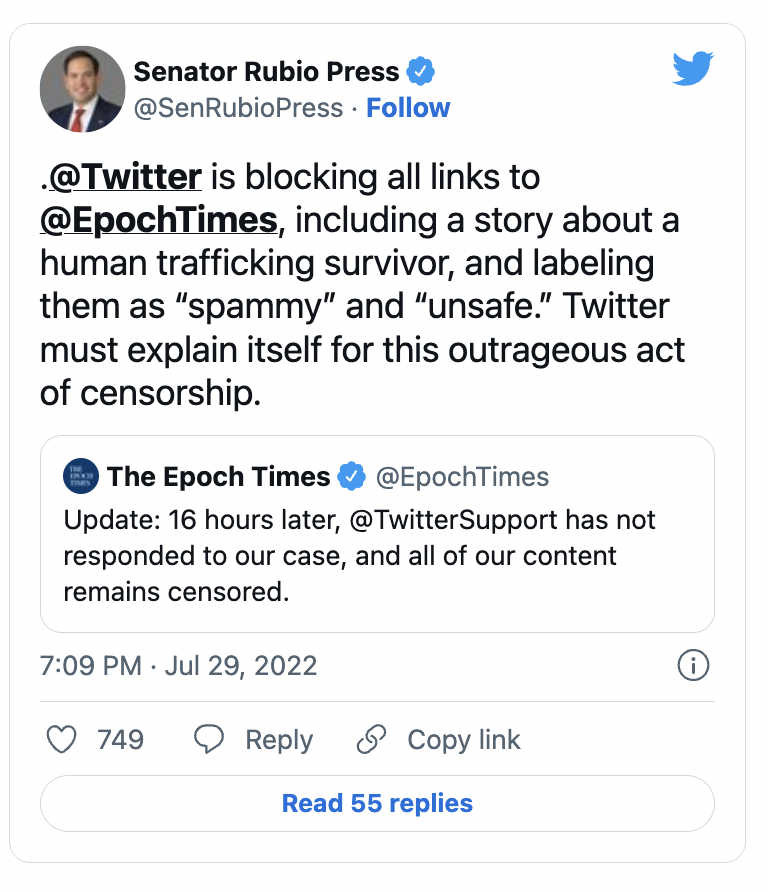 Florida‘s Sen. Marco Rubio expressed similar remarks, tweeting: “@Twitter is blocking all links to @EpochTimes, including a story about a human trafficking survivor, and labeling them as ‘spammy‘ and ‘unsafe,‘ Twitter must explain itself for this outrageous act of censorship.“

The post Twitter backtracks on censorship of The Epoch Times after complaints appeared first on Reclaim The Net.