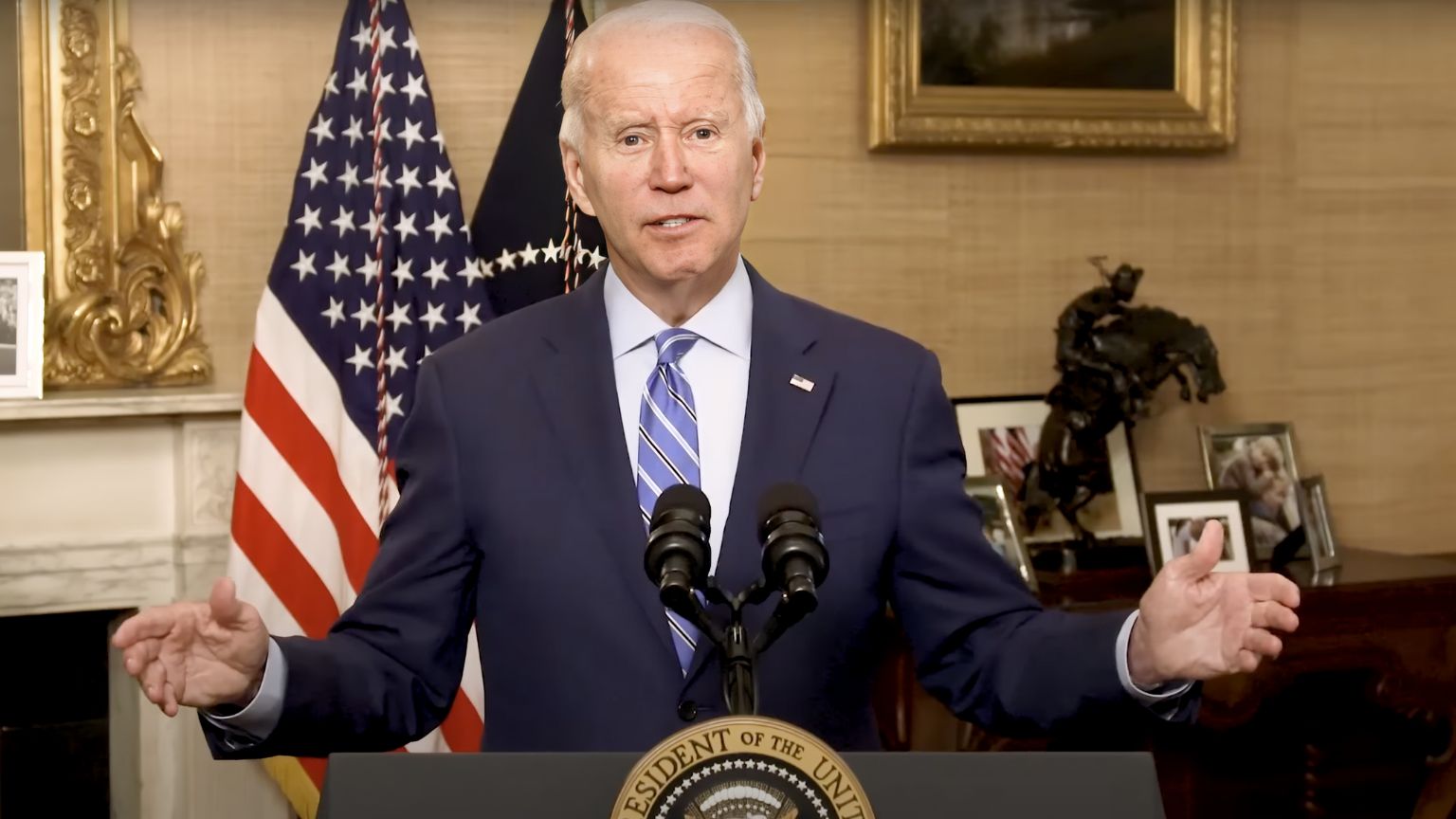 Instagram and Facebook posts rejecting the Biden administration‘s new definition of recession have been flagged as false information, which causes massive censorship of those posts.

“Both official determinations of recessions and economists‘ assessment of economic activity are based on a holistic look at the data—including the labor market, consumer and business spending, industrial production, and incomes,“ wrote the White House.

“Based on these data, it is unlikely that the decline in GDP in the first quarter of this year – even if followed by another GDP decline in the second quarter – indicates a recession.“

The post has been criticized on social media, and Meta platforms are flagging the criticism as false information.

Instagram personality Graham Allen posted a video where he asked Siri for the definition of recession. The iPhone assistant defined it as “two consecutive quarters of negative economic growth.“ 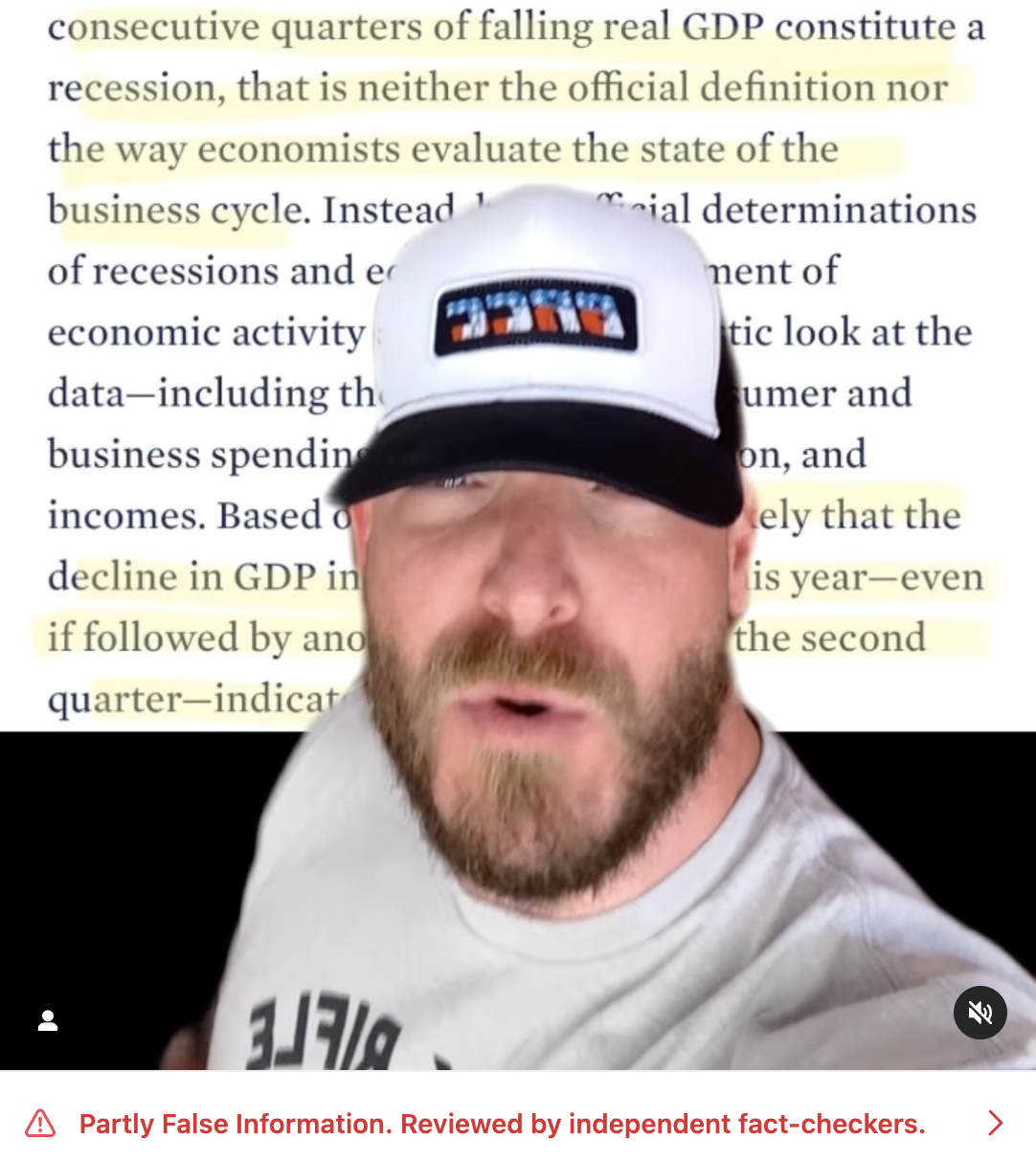 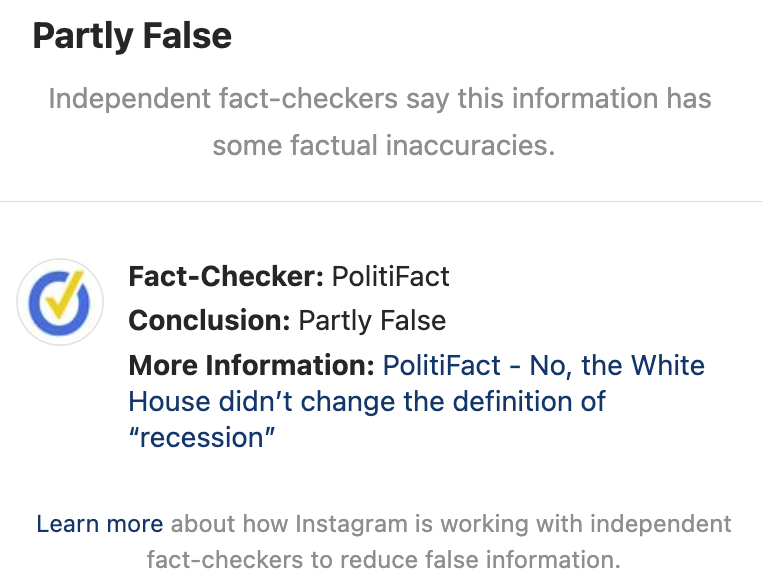 The video is available, but to watch it users have to click past a disclaimer that says “false information reviewed by independent fact-checkers.“ The same label is appearing on some posts on Facebook that reject the White House‘s definition of recession.

The third-party fact-checker that flagged the posts is Politifact. The fact-checker claims that it is false to say that “the White House is now trying to protect Joe Biden by changing the definition of the word recession.“