Before the coronavirus pandemic, ivermectin was described as a “wonder” drug by the medical community. And in 2015, Dr. Satoshi Ōmura and Dr. William C. Campbell were awarded half the Nobel prize in Physiology or Medicine for their work that led to the development of ivermectin.

“The importance of Ivermectin for improving the health and wellbeing of millions of individuals with River Blindness and Lymphatic Filariasis, primarily in the poorest regions of the world, is immeasurable,” the Nobel Assembly stated in its press release for the 2015 Nobel Prize in Physiology or Medicine.

But after the pandemic began, the tech giants have gone all out to purge content that recommends ivermectin as a treatment for COVID-19.

And today, these Big Tech policies against ivermectin resulted in one of Ōmura’s speeches where he discussed ivermectin being struck down for “violating YouTube’s community guidelines.” 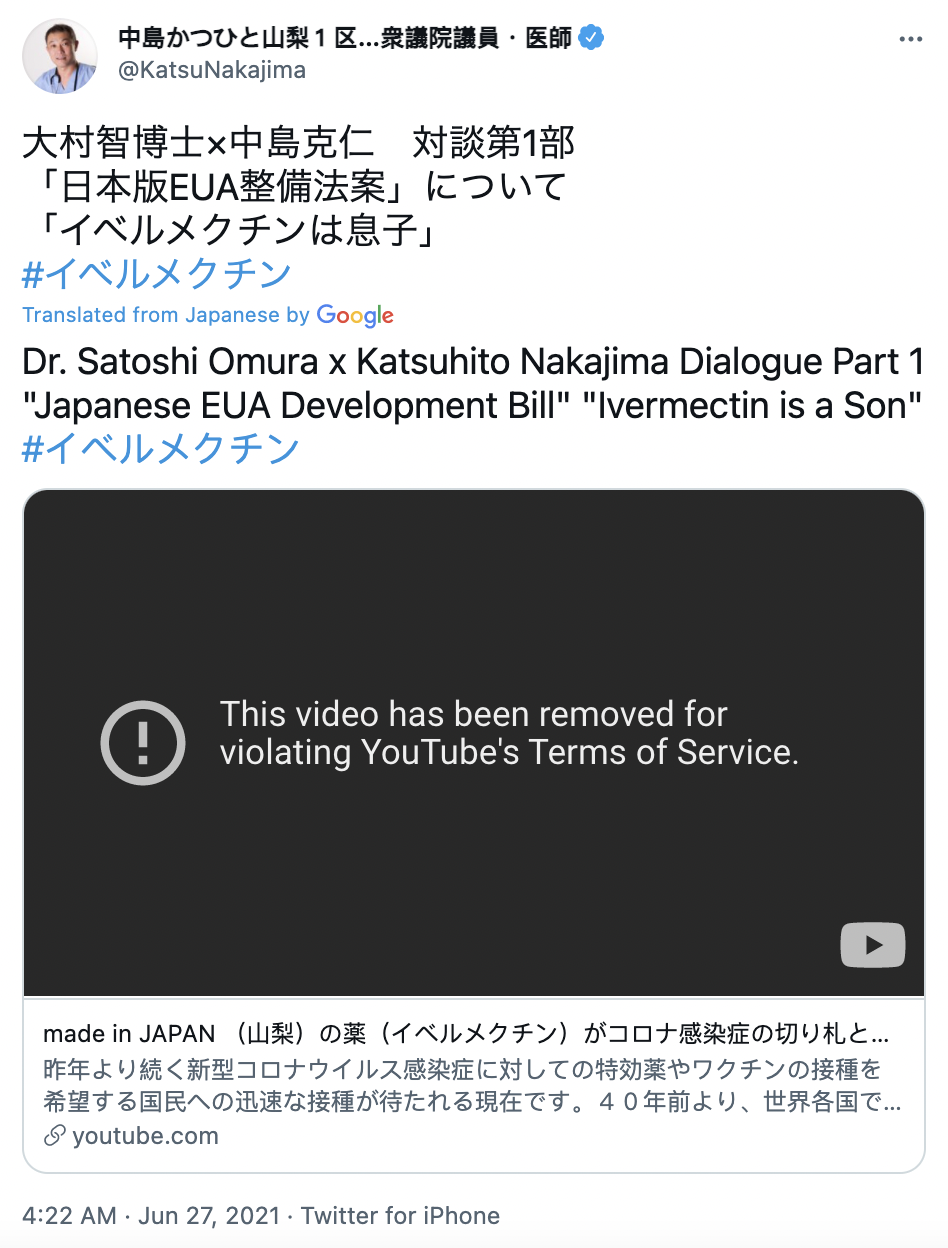 “When the fascists at YouTube censor the Noble Prize winner Dr. Satoshi Omura, a man whose discoveries have saved a hundred million + from blindness, the world has entered a very, very dark place,” Australian Member of Parliament Craig Kelly tweeted. “I cannot express in words how angry & sad this makes me & fearful for the future.”

Frontline Covid-19 Critical Care, an alliance of physicians and scholars that has committed to “research and develop lifesaving protocols for the prevention and treatment of COVID-19 in all stages of illness,” also spoke out against the censorship and warned that “brilliant scientists and lifesaving science are systematically being gagged.”

Ōmura joins the ranks of many other senators, lawmakers, medical journals, biologists, and YouTubers who have been censored by Big Tech for discussing ivermectin.