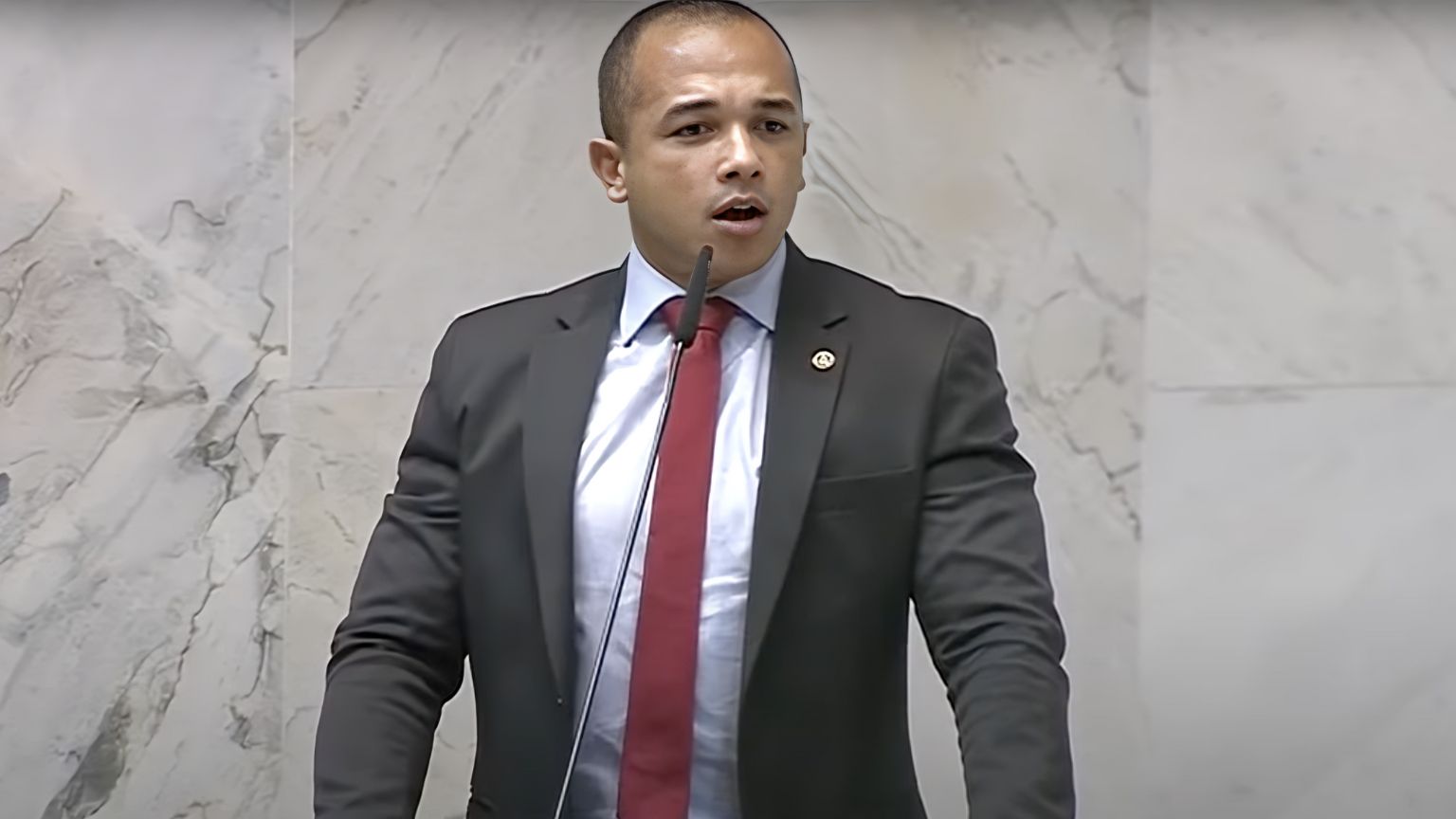 YouTube suspended Alesp, the Legislative Assembly of the Brazilian state of São Paulo over Covid “misinformation.” The channel was suspended for seven days. Its content was available, but no new continent could be streamed or uploaded for the period of the suspension.

The suspension came after State Representative Douglas Garcia showed a documentary titled “Lockdown, a story of disinformation and power” during a hearing that was being live-streamed on YouTube.

The documentary criticizes mask-wearing and social isolation, the two main measures enforced to limit the spread of Covid during the pandemic in Brazil and all over the world.

After the channel was suspended, Garcia took to social media to express his discontent, saying that the decision was “absolutely unfair.”

“The documentary that was produced yesterday here at the Legislative Assembly of the state of São Paulo, does not even mention the word vaccine or anti-vaccine,” he said. “‘Lockdown the Terror’ has nothing to do with anti-vaccine, it has to do with right to freedom.”

“Despite the MST’s outcry against me, I denounced in the plenary that YouTube SUSPENDED ALESP’s publications for 7 DAYS after the screening of the documentary LOCKDOWN, broadcast in the Assembly during my mandate. See the steps I took against this nonsense,” Garcia tweeted. 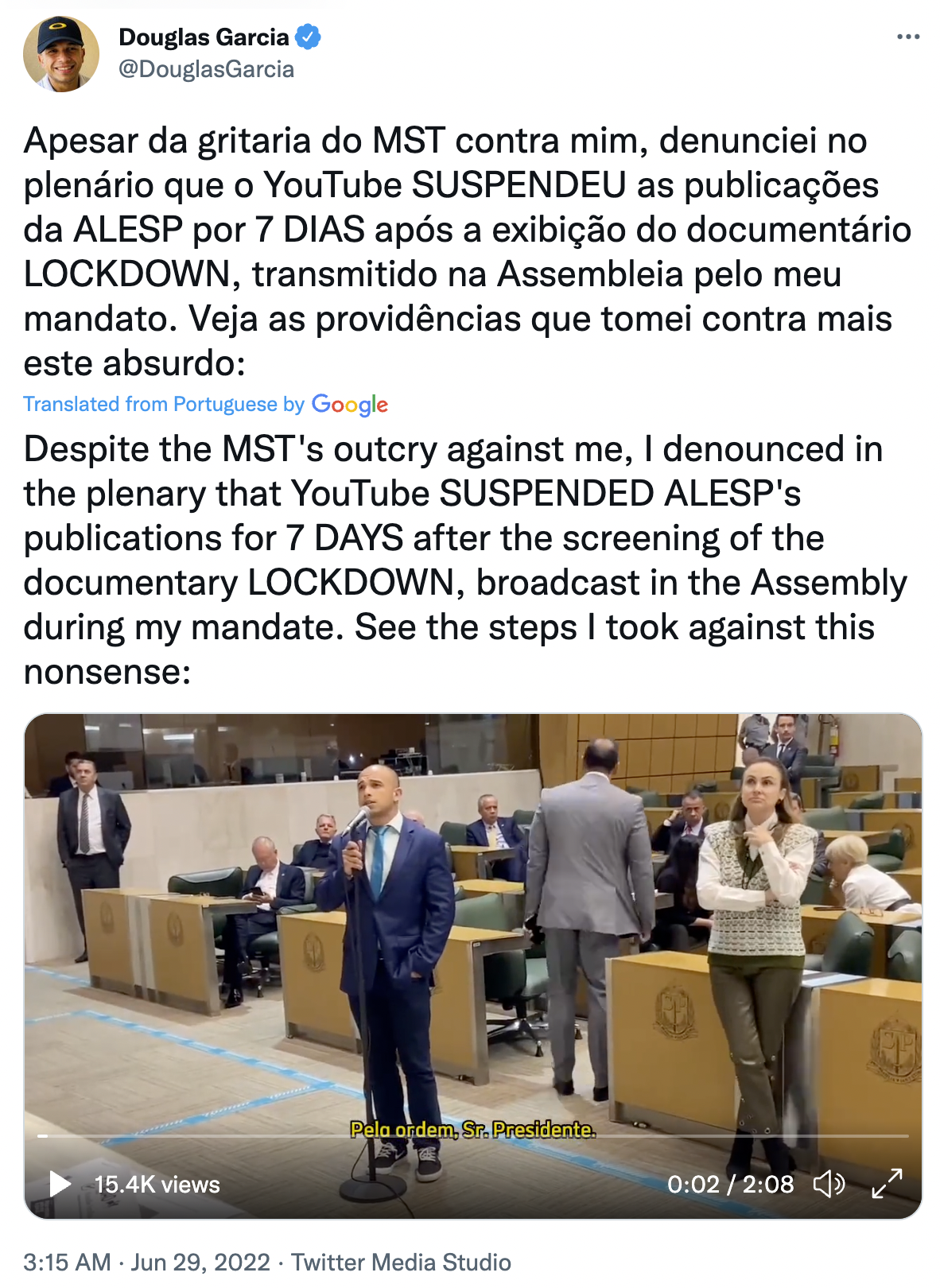 In a statement, YouTube said the case was under review and that “all content on YouTube must follow our Community Guidelines. In addition to a combination of machine intelligence and human reviewers, we also rely on user reports to identify material with content. suspicious and keep the platform community safe.”